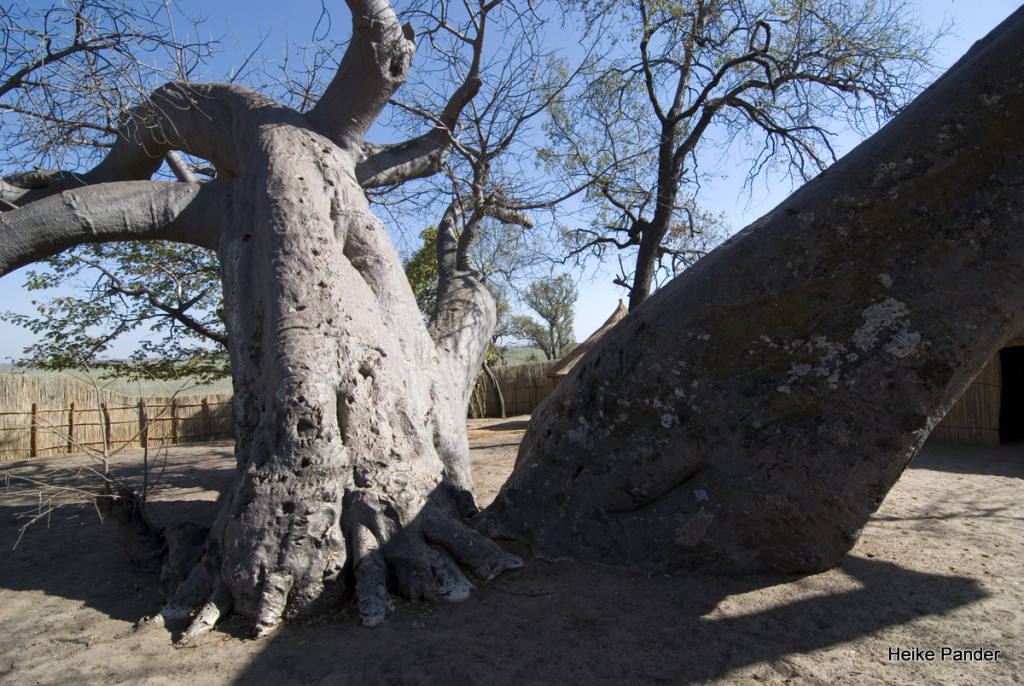 Eustace Libulelo talks about baobab uses in his home near the Bwabwata Nationalpark in Namibia.

In the heart of the Kawango-Zambezi Transfrontier Conservation Area (KAZA TFCA) we get to a beautiful and wild place: Nambwa Lodge. Here in the Bwabwata National Park in Namibia I meet Eustace Libulelo. He comes from a nearby village and works for the Nambwa Lodge as a safari guide. 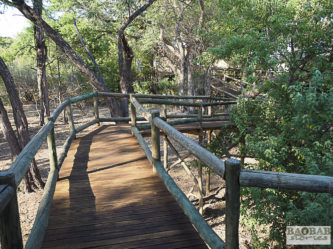 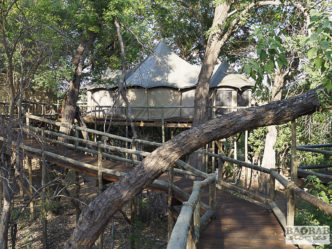 To me Eustace is like an encyclopedia on two feet when it comes to knowledge of this lush green ecosystem. Wildlife aplenty in a breathtaking environment. On our boat cruises on the Kwando River we see Lechwe antelopes, a swamp monitor lizard eating a crab, darters, fish eagle and even a malachite kingfisher. Naturally, Eustace does not only know about fauna, – he knows a great deal about flora and certainly baobabs in the area, too. 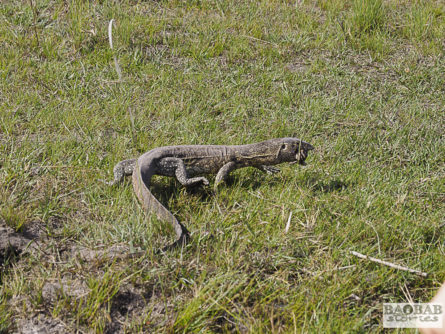 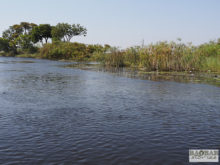 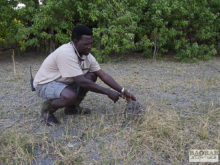 After a lovely game drive and just before we get ready for our sundowners at a natural water source with herds of elephant streaming in to quench their thirst, we chat about different uses of baobab. 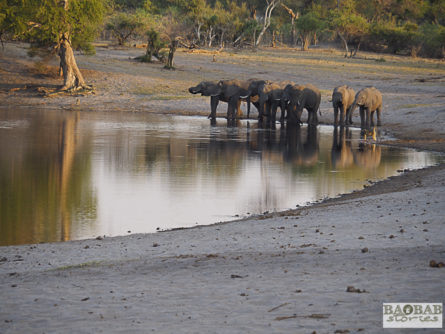 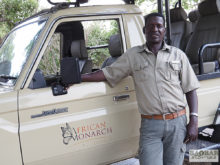 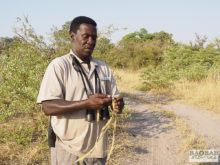 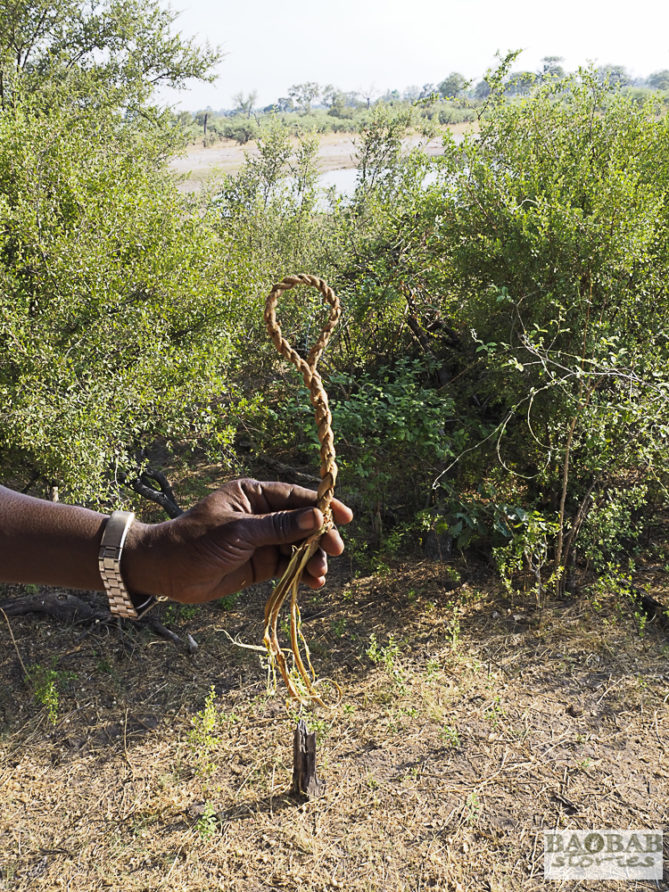 Eustace describes how women use fibres of the baobab for mat making: „They collect papyrus along the river and dry them“. Joining the reeds together they use thin threads of baobab fibre. „They take a piece of bark from the baobab tree, take the inner layer out and produce thin threads“, he continues. With those they join the reeds together – the results are strong mats that were used as sleeping mats in the old days. „Older people still use them to rest under a tree in the shade“. With this information he confirms what I have heard some years ago while researching baobabs in the area for the Namushasha Heritage Centre. 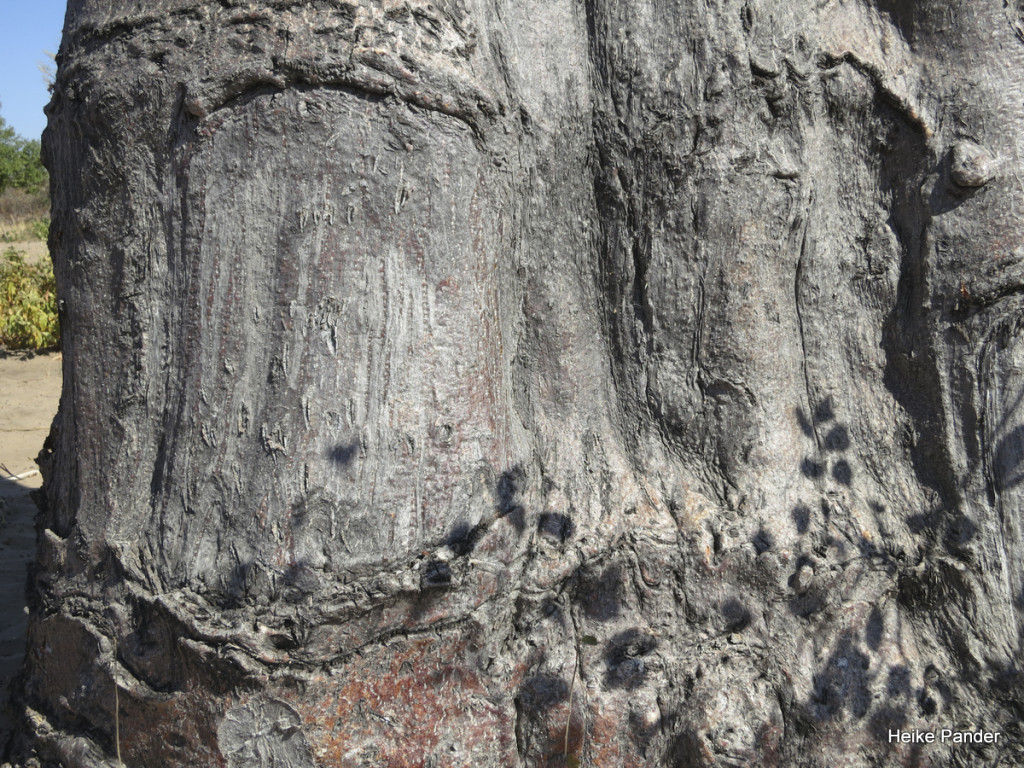 Our conversation gets even more interesting because the safari guide reveals part of his personal history. If babies in the area are born premature they receive a special baobab treatment. The parents take bark and the roots of a baobab and mix it with the roots of the sausage tree. The pieces are boiled for a few minutes. Once the mixture has cooled down the baby is washed in it twice a day – in the morning and evening – for seven days. „After this treatment the baby will change and grow strong“, he says. He is living proof of that since he was born too early. His parents treated him as he described it and told him later on. 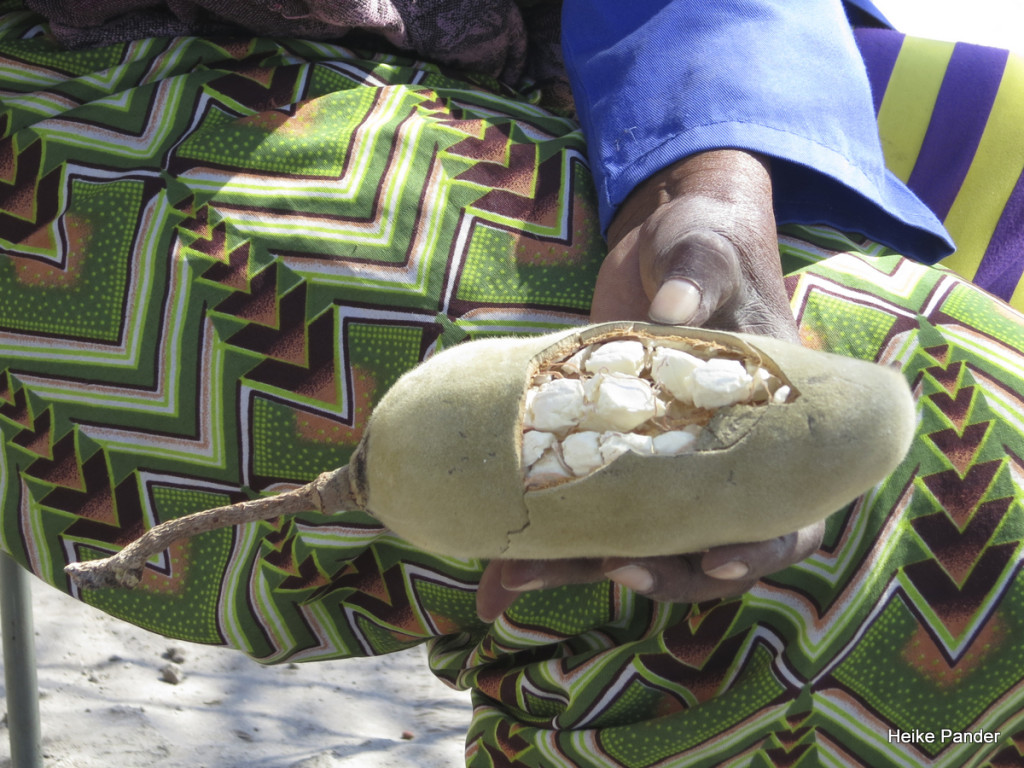 Eustace knows about the benefits of baobab

But his knowledge of uses of baobab does not end there. When he was young he used to take the fruit powder out of the hard shell of the baobab fruits. Then he mixed it with milk and sugar. He let it sit for a while. The mixture converts into a tasty and healthy yoghurt with a high content of vitamin C. Eustace enjoyed eating it.

He remembers that the best time to collect baobab fruit in his home area is in September „when the strong winds arrive“. They brush the ripe fruit off the branches naturally – which is the best way to harvest them: they drop off the trees once they are ready and taste best like that. 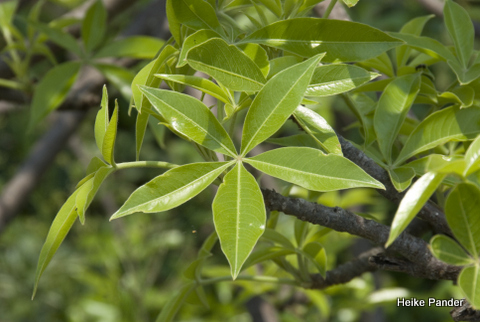 Another culinary speciality from the baobab tree is made of its leaves. His wife takes fresh ones and cooks them like a spinach. She adds potatoes and tomatoes – which Eustace enjoys to eat. Harvesting baobab leaves is not difficult for her: two good sized baobabs and some little ones grow in the vicinity of their homestead. 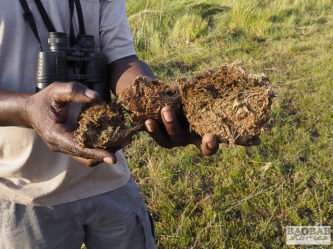 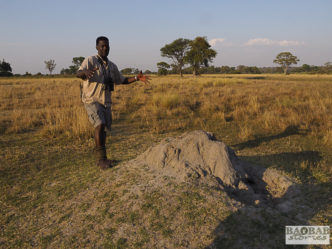 Before we move towards the river Eustace says that in some areas people are afraid of baobabs. The trees are said to call people. If they follow the calls they become mentally affected and need the support of traditional healers. Therefore small children are not allowed to go near the trees. I have heard of that during my research, too.