“Baobabs have not read the book of trees – they write their own book. They don’t conform to any of the norms. To me they are like people: they grow straight up and tall for a long time and then they get fat. They are all individuals. If you go up to the North you can see it well because some of them are tall and some short, some are fat and squat and all are different in shape and size. Not one resembles another one.” (Michele Hofmeyr) 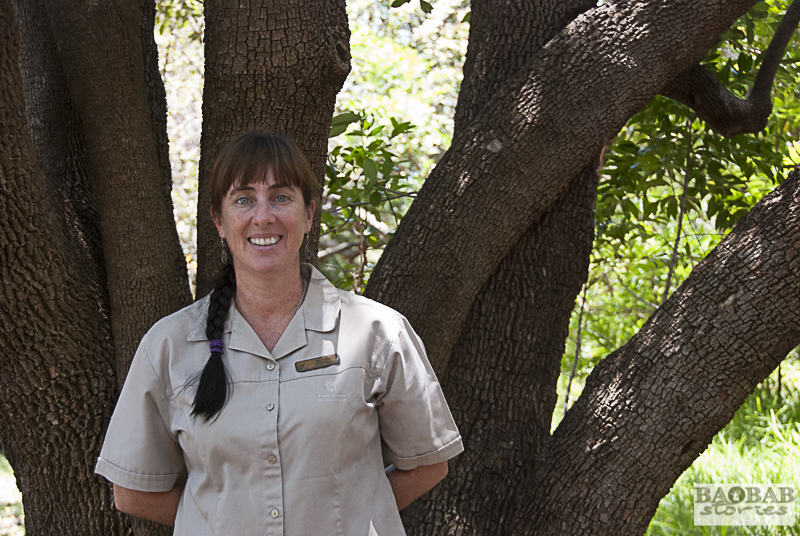 Some years ago I visited the Kruger National Park in South Africa. I came across beautiful baobabs in the Northern parts of the park. While I travelled in the park I went to the Skukuza Research Camp to find out more about the baobab population there. I was referred to Michele Hofmeyr who is a botanist and worked for the Kruger Nursery at that time.

During our conversation it became obvious quickly that Michele loves the giants, too: “I have always had a fascination with baobabs. After I had finished my studies I went to Madagascar to see the baobabs there,” she said during one of our meetings. 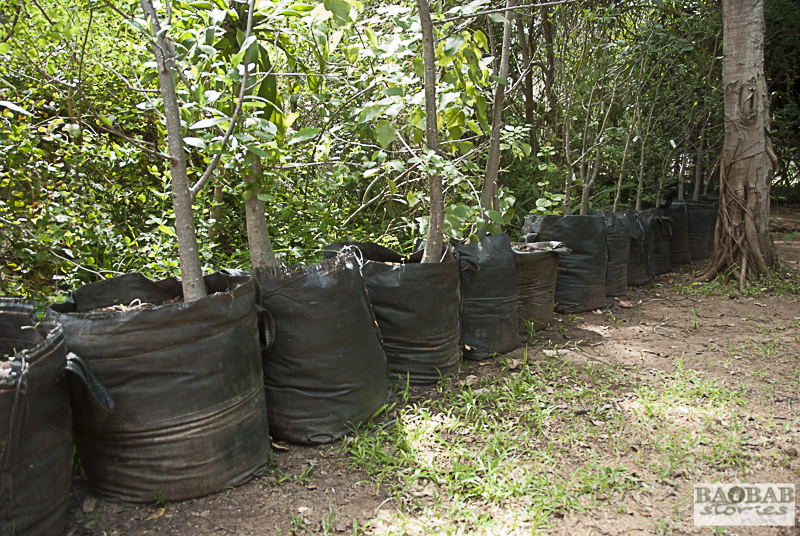 We met several times to catch up on news about the trees since then. “I have always grown them” she says and shows me the ones that sit in their planting bags in the Kruger Nursery and at her home – ready and eager to be planted. “Many people say they are hard to grow – but it is actually easy. They just take time” and she continues “after soaking the seeds in water to simulate a rainfall event you put them on a bed of soil and cover them with river sand. Sometimes it takes up to 12 months for them to germinate.” 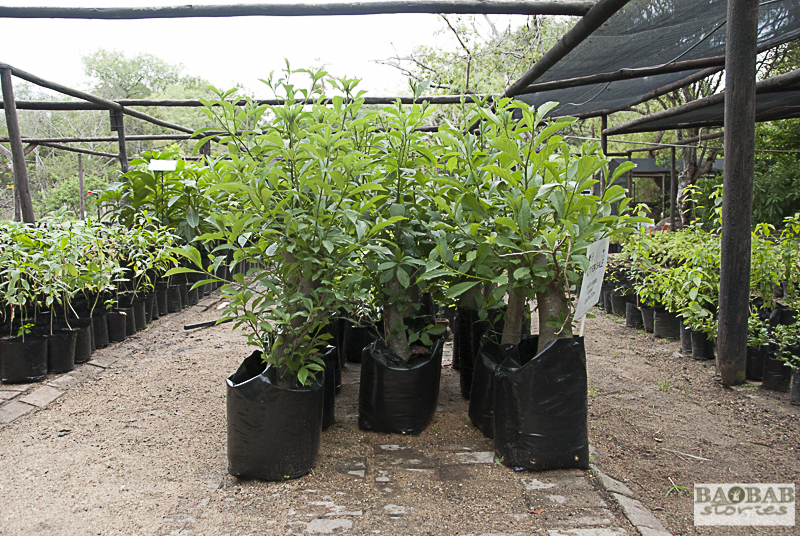 The seeds have the ability to lie dormant for a long time. “If you plant baobab in a bed in one year and you plant something else the following year those that did not germinate will do so the next year – as soon as you disturb the soil”.  It was the “tree of the year” in South Africa in 2006. Michele planted more than 10.000 seeds and sold the little trees in the nursery. 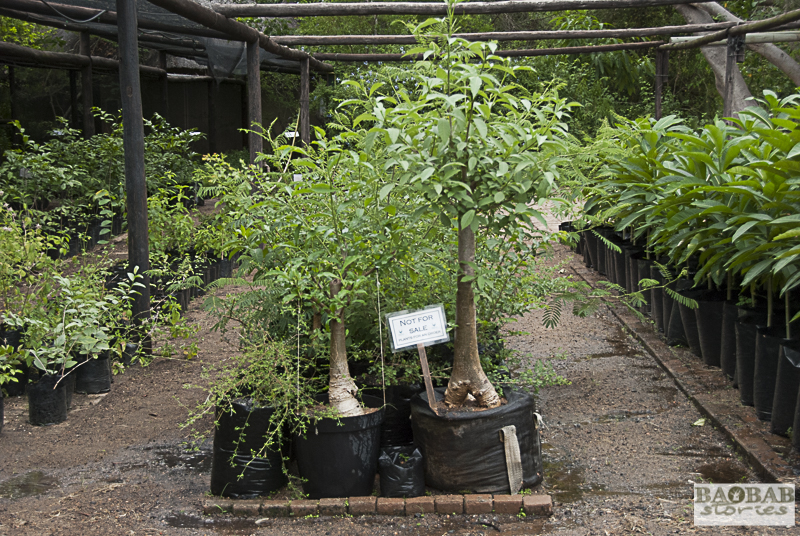 Depending on where the baobabs grow they have to be protected from baboons since they are very palatable. Once the saplings are about 30 cm high they have a little tuber root the monkeys love to tear out and eat. The rest of the little tree gets thrown away and wastes.

Those seeds germinating early in the season in November or December – the onset of the rainy season in the North of South Africa – have plenty of time to grow and put down reserves before the next dry season starts. Therefore they are stronger and stand a better chance to survive than those germinating in March or April which is fall in the southern hemisphere. At this time of the year they lose their leaves and their metabolism slows down.

To Michele baobabs are a “whole ecosystem and like the sentinels in the veld.” They provide food and shelter for a variety of animals. In the Kruger Park many of the trees host mottled spine tails – birds that live and breed in the trees and are rare in the Southern African region.

Baobabs do not fit the Norm for Trees

Asked what is so special about them Michele says “what the tree has seen over all these hundreds of years it has been standing there – the droughts, the floods, the people, the animals – to me it is this icon of Africa and such a magical tree.”

In her opinion a baobab does not fit any of the norms for trees, meaning “that it does its own thing – to me it is so unique.” She continues to list a number of facts that make the trees special to her: 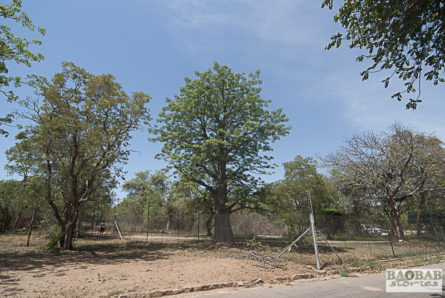 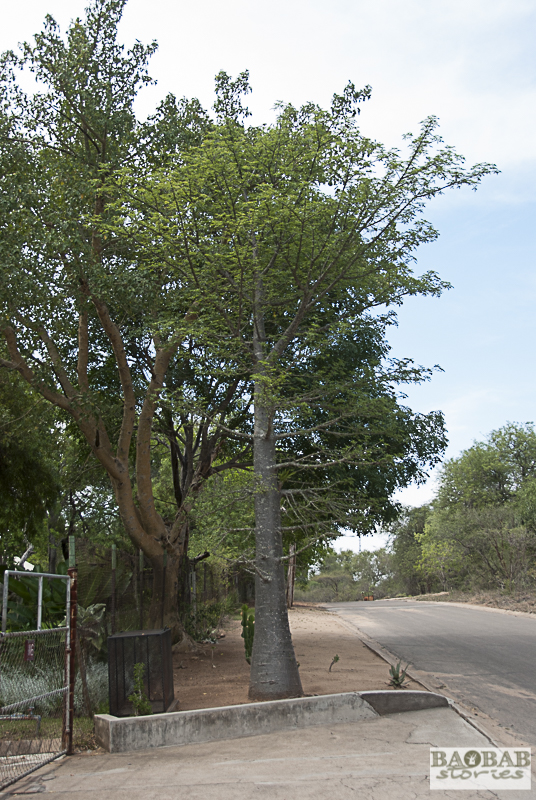 Most of the baobabs grow in the northern part of Kruger NP. Nevertheless some can be found southwards, for example at Skukuza although it is not their natural area of distribution – those trees were planted. Some were even relocated as Michele recalls: “big cranes were used and a tree from Letaba was transferred to Gideon Border Post. People are very fond of baobabs here. Baobabs are an integral part of the system of the north and they are key stone species on the monitoring lists for plants in the Kruger.” Baobabs are protected in South Africa and particularly giant specimens like the Sagole Big Tree in Venda are called Champion Trees.

Her favourite tree in Kruger grows near Pafuri in the north. The baobab is huge, hollow inside and has got a platform on top. One can climb up and have a look into the surroundings. “It is a wedding tree” she says because people can have weddings at this special place.

Thulamela is another beautiful stone walled site in the park. Parts of it date back to the Iron Age and seem related to what is called the Zimbabwe culture with its connection to Great Zimbabwe, a historic site near Masvingo in Zimbabwe. Several groups of people are believed to have moved south from this area across the Limpopo into the North East of South Africa where they established the chiefdom of Thulamela around 1500.

Those people settling there may have brought the baobabs with them. The trees at Thulamela grow in straight lines which is uncommon if they reproduce naturally. To Michele that would make sense because “some of the trees are around that age”. The people living in the area helped to protect baobabs – maybe without intention – by hunting herbivores for food and elephants for ivory which reduced pressure from browsing and allowed the baobabs to prosper. Those trees at Thulamela are roughly in the same size cohorts which could serve as another indicator that they were planted. 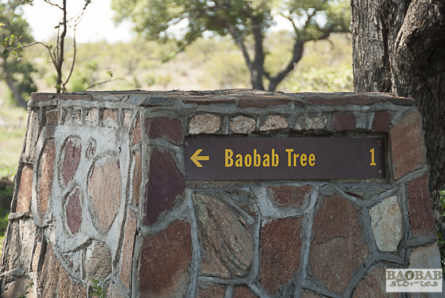 Frost is the Natural Boundary

The Baobabs in Kruger are at the southernmost limit of their distribution. The frost line is the natural boundary. Although large specimens can survive light frost, the smaller baobabs die from it. I am interested to find out whether signs of climate change can be found amongst the baobabs in Kruger these days. Michele explains that it is too early to see clear signs of it now amongst the trees but “wherever one expects to see changes in the population linked to climate change it will be here in the park because they grow at the fringe of their natural area of distribution.” Nevertheless, signs of climate change start to become visible and palpable in the park: “Kruger has faced three extraordinary floods in a short time frame of 15 years and nobody has experienced that before in living memory in the area”.

The botanist has been involved in numerous research projects and has done research in the field based on different methods herself. The baobab population in the North counts roughly 20.000 trees. The oldest specimens are about 900 years on average with some reaching 1.200 years. Although carbon dating is done to determine the age of the giants, it is difficult to give precise figures. According to Michele, variations in the range of +/- 500 years may occur. For carbon dating samples of the trees have to be taken. This is done by putting cores into the trees. These cores are like injuries to the affected tree and can serve as entry points for diseases – therefore the method is used with caution.

The North of Kruger gets approximately 250 millilitres of rain each year. The baobabs there thrive in the hot climate. Those trees further to the South in the park were planted. According to Michele “historically people carried the seeds with them and planted the trees where they lived even outside the normal distribution ranges. I suppose they have a big attachment to the trees.”

Young Baobabs recruits are rare in the Park

The old baobabs are easily identifiable – but what about small ones? Michele says that she has not found recruits in the park during her field surveys. In scientific terms baobab reproduction is called episodic recruitment. The seeds germinate if they meet the right conditions. Those might occur only every 50 to 100 years or even later. “But with an age span of approximately 900 years it is sufficient if the tree reproduces once during that period” the biologist concludes.

Small Baobabs survive in the park if they manage to hide amongst other vegetation or grow on spots like rocky outcrops that are unreachable for herbivores. The small trees get eaten by Impala, Nyala and Kudu. The bigger trees are prone to damage by elephants. The pachyderms love to feed on them – particularly in areas where they do not need to migrate to find water sources. Both, the Limpopo and Luvuvhu rivers carry water all year. The trees near those rivers are affected more than other baobabs in the park – particularly during dryer phases. Bush fires raging through the park are another problem. The bigger trees can survive them but not the little ones.

Currently, the population in Kruger Park still seems to do well with respect to elephant damage – unlike the trees in neighbouring Gonarezhou in Zimbabwe “where elephants are really hammering the baobab population there”, Michele explains. While she had been there she saw the impact elephants can have and even witnessed one of them ripping out large chunks of a baobab with its tusks. 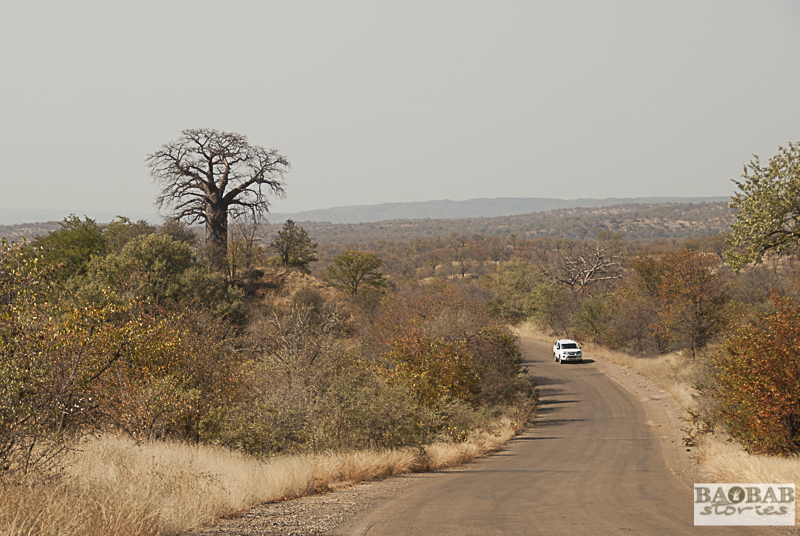 Again Michele draws the connection between baobabs and their close link to the history of people of whom many have left traces of their existence in the bark. For example labourers from Mozambique who were transported to the mines in South Africa in the old days. On their way they passed the trees growing in the area. Some of them carved their names in the bark. The most visible of those baobabs still grows on Baobab Hill. 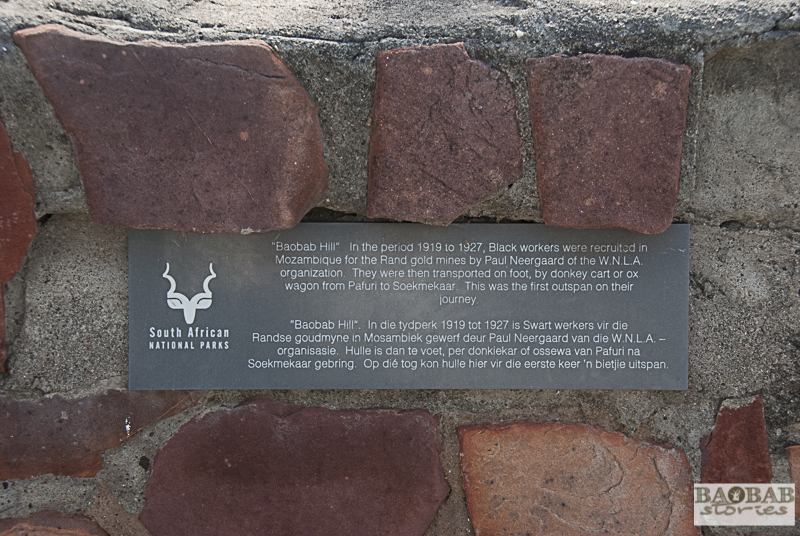 The area was not only used by trades as Michele explains “all the rough sort of cowboy types lived up there in the far North. Those hiding from the law would hang out there, too, because they could easily get to Zimbabwe or Mozambique” as both countries border South Africa where the Limpopo and Luvuvhu rivers meet. This wild and remote area is still known as “Crooks Corner” today.

Those old baobabs are at risk because their historic inscriptions are digested: “I have seen quite a few trees with names and things carved on them – but if elephants feed on the trees the historic traces are lost forever.” 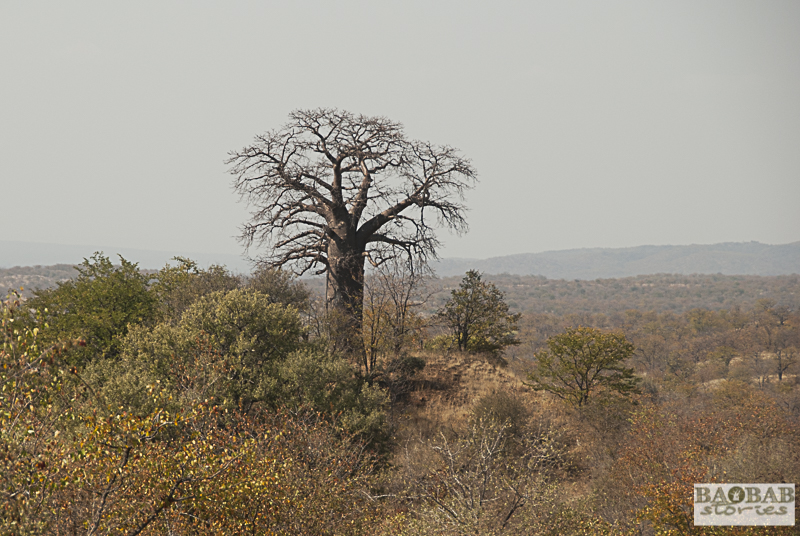 2 Replies to “Baobabs do as they please”