… to giants. However, to get a giant from seeds takes some time. If you intend to grow your own Baobab from seeds you have several options to get them. Nowadays one can find seed providers on the internet offering Baobab seed growing kits.

I have also seen and bought little sachets with Baobab seeds ready to plant in gift shops of zoos, museums and botanical gardens.

At Museum Koenig in Bonn for example one could buy fruit pods of Baobabs containing plenty of seeds. Only a few weeks ago I checked at a shop in Bonn selling fairtraded products – they had Baobab seedlings for sale there with little sachets attached carrying Baobab seeds.

While travelling in „Baobab Country“ you could try to buy seed pods on local fruit and vegetable markets. Best time to buy the fruit pods is during their harvesting period which is roughly from July to September.

The seeds of baobab trees are hard to get to. First one has to open the fruit pods equipped with very tough shells. The seeds are embedded in a white pulp. The pulp can be diluted in water and drunk. It is rich in Vitamin C. Even the seeds themselves are covered with a hard shell. In the „wild“ seeds need to go through the stomachs of elephants or baboons in order to germinate. The seeds pass through the digestive tracts. The digestive juices – particularly the acids – make the seed shells permeable. Together with all the other digestive end products the seeds are excreted. They end up in their own fertilizer for a good start to their life on earth.

In Germany the matter with elephants and baboons is not easily solved. So far I have not yet tried to chase the seeds through my own digestive system. I prefer to crack the seeds open and soak them before I put them into soil. The last fruit pod I used for my last cultivation attempt was a bit older – hence the fruit pulp was dried up and the seeds stuck in the pulp. They needed extensive soaking before I could crack the shells and put them into soil.

After soaking and cracking the seed shells I put them on soil in a little greenhouse that fits on my window sill. The seeds need full sunshine and temperatures around 24 degrees C and above. The greenhouse needs tob be ventilated properly to avoid fungus.

Seeds that I have prepared like I described above on 25/07/2014 were bulging next day. Only three days later they germinated and on 31.07.2014 the first traces of green shoots could be seen.

Unfortunately – the whole crowd caught a funguns while temperatures dropped in August way below 24 degrees C and all little Baobabs died. The next attempt to grow Baobabs froms seeds is in the making… 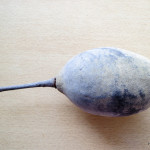 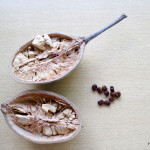 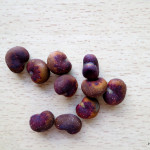 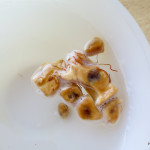 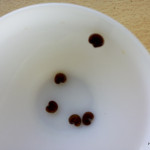 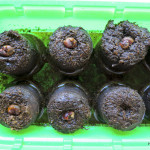 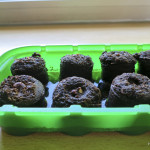 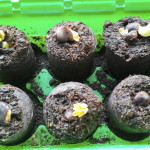 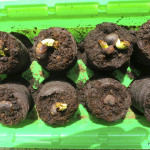