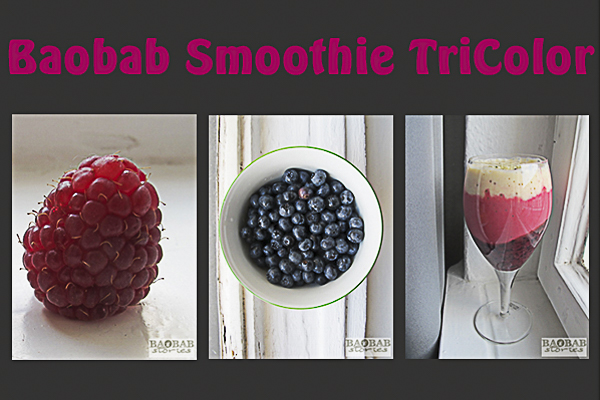 Creating a three-layer Smoothie – how does that work? I was busy thinking about it while I tried out my latest Smoothie creation: the Baobab Smoothie TriColor. Sweet blueberries, juicy raspberries and ripe bananas combined with baobab powder – a tempting idea. Ingredients not just thrown together but rather presented in layers. 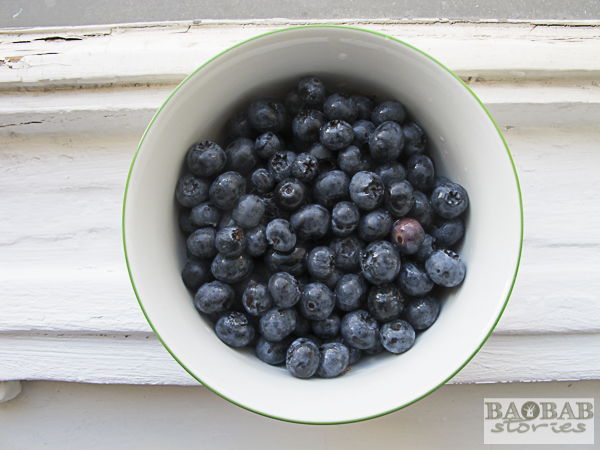 For the Purple Blueberry Part:

Put blueberries, banana and the baobab powder into the blender and fill with a little bit of water. Mix well and pour into a glass. Clean the blender and bowl quickly after mixing. 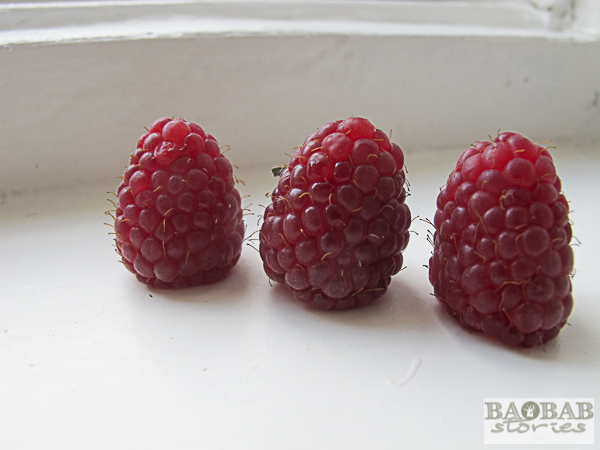 For the Pink Raspberry Part:

Put raspberries, baobab powder and banana into the blender and fill with some soy or coconut milk. Mix well and pour into a glass (preferably not yet into the same glass of the blueberry part). Again quickly clean the blender and mixing bowl. 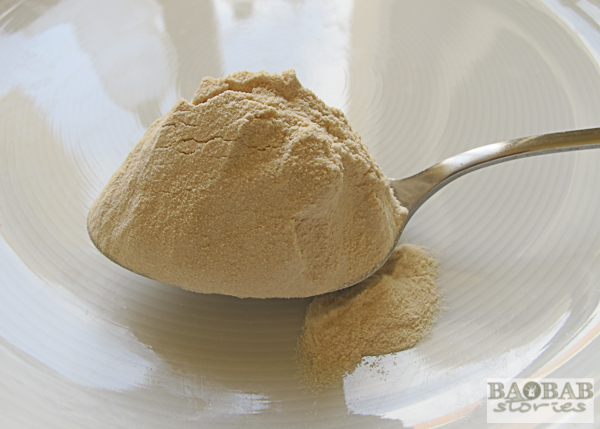 For the Banana Part “Cream”:

Put banana and baobab powder into the blender and fill with fluid. This time you may use a bit more. Mix well and place the container aside.

The “Layering” of the Smoothie:

The blueberry and raspberry smoothies’ consistency should be slightly thicker than that of the banana one. Be quick while preparing the smoothies but very careful while pouring the layers.

Preparation is easier if you:

Finally take a quick snapshot of your Baobab Smoothie TriColour and enjoy immediately as long as it is still cool. 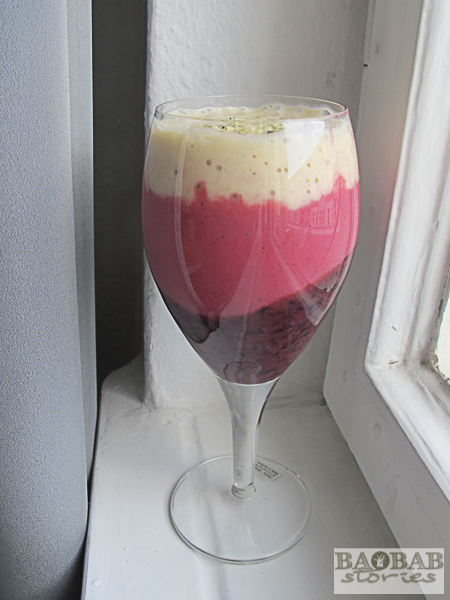