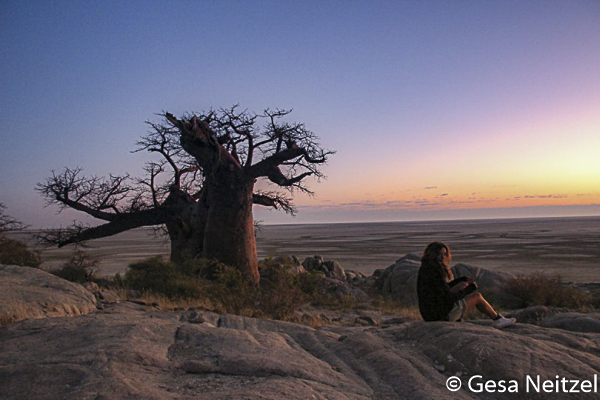 “When I saw the baobab I felt at rest; a feeling of freedom as well as wonder and joy. This world is a beautiful place,” says Gesa Neitzel about her encounter with a baobab during her training as a ranger in South Africa.

My daily routine starts with a little checkup of my Facebook timeline. I scroll down post after post. Suddenly my eyes catch a glimpse of a photograph with a huge baobab and a young woman doused in golden evening light in front of a spectacular landscape. Skillfully, Gesa Neitzel has caught my attention with her blog post about “roots” – although it does not seem to have much to do with roots at first sight. 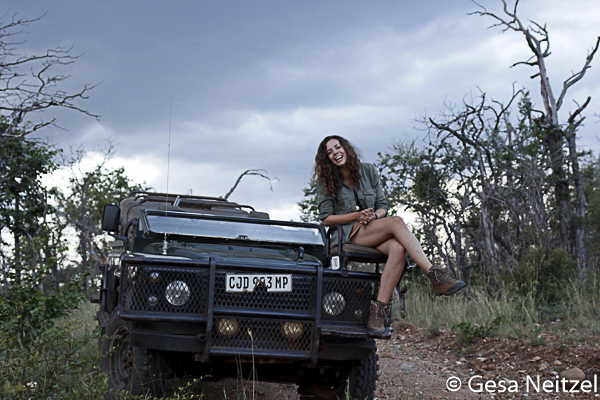 I continue to read and learn more about a young woman who takes a brave decision: she leaves her job in Berlin and returns “back to nature” in Africa. Or, as she puts it in her own words: “I believe that ‘we do not have to spend more time in nature.’ No, we have to remember that we are a part of nature.”

Since I like Gesa’s story I decide to contact her. I am keen to learn more about the baobab in the photograph. Naturally I enquire about her history with baobabs to find out that before she left for her adventure in South Africa she did not really know about baobabs and might have seen them on TV in some documentaries but she could not remember. 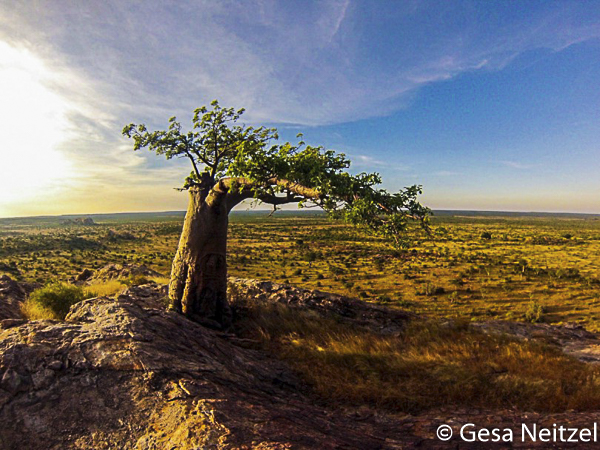 She saw her first Baobab in the Mashatu Game Reserve at the Tuli Block in Botswana where the beautiful photograph was taken and remembers: “It was Rhodes Baobab on the so-called “Mmamagwa” rock – a magical place and one of the best to watch the African sunset.”

Not only the place but also the Baobab has a history: it bears the inscription of Cecil John Rhodes, a British entrepreneur and politician. In the 1890s, he allegedly stayed in the area for planning his large-scale project: the railway line from the Cape in South Africa to Cairo. Rhodes gave his name to the former colonies of North and South Rhodesia, which are known as Zambia and Zimbabwe today. 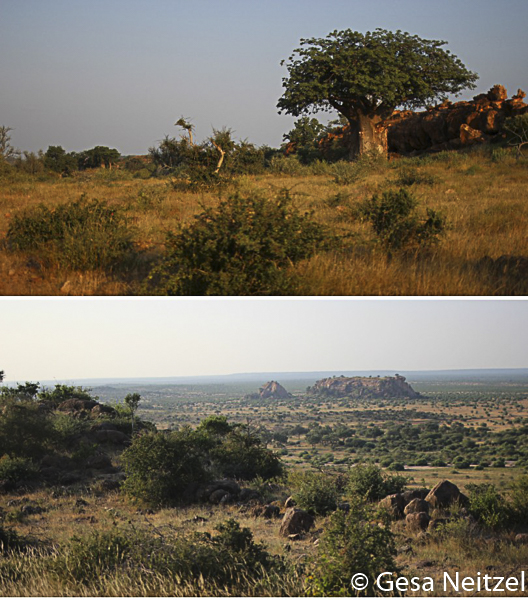 The visit to the Mashatu Game Reserve and Rhodes Baobab was part of her one-year training course to become a ranger in South Africa. The program included learning about the most important trees in southern Africa. With that the Baobab is a “must” because, according to Gesa, it is one of the most important African landmarks and is still full of secrets.

“The knowledge of the trees in a region helps to learn more about the habitat of animals and plants,” she says today. After all, it is important when taking out safari guests for a tour. She likes to share a fact about the baobab that impressed her: the giants can store large amounts of water. This makes them very popular with elephants. Because of the water and nutrients stored in their bark, elephants love to feed on the trees – particularly during times of drought. They use their tusks to rip out pieces of bark to chew on to get to water and nutrients. The results of those encounters are easily visible because the trees keep their scars. Baobabs have a difficult time particularly in areas with large elephant populations. 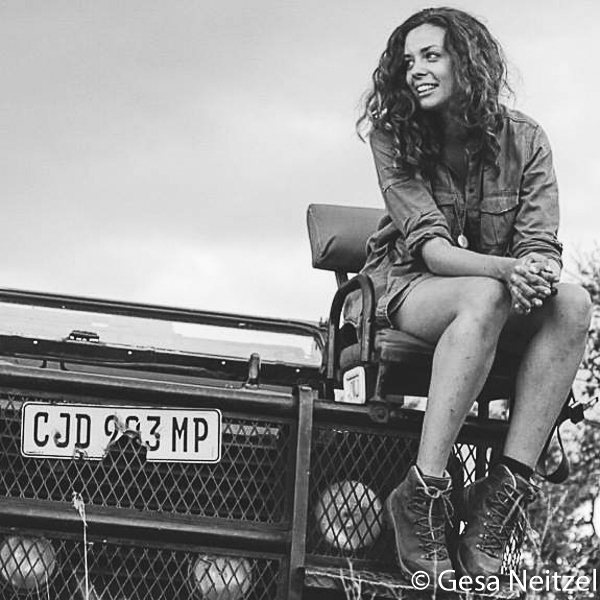 The best thing about the Baobabs is their old age, says Gesa. When she sits under one of the giants, she often imagines “how many people might have sat under that tree, how many animals have looked for protection under their branches in the rain, how many elephants have fed on the bark … Baobabs have seen a lot in this world, without ever changing their position.”

Apart from Rhodes Baobab in Mashatu, “Kubu Island” in Botswana, also known as Lekhubu Island, belongs to her favorite Baobab locations. “A must-see for real Baobab fans,” she says. As Gesa should know since she has seen much during her time in southern Africa. I am glad we share a liking for Baobabs.

For those interested to learn more about Gesa and her life as a ranger could visit her website or read her new book “Having Breakfast with Elephants” (“Frühstück mit Elefanten”, copies in German). 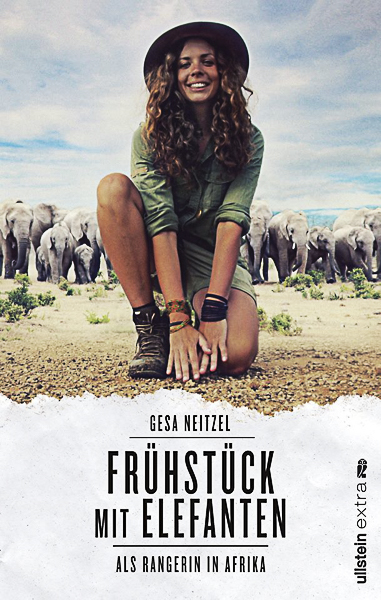 “Having Breakfast with Elephants”, Gesa Neitzel