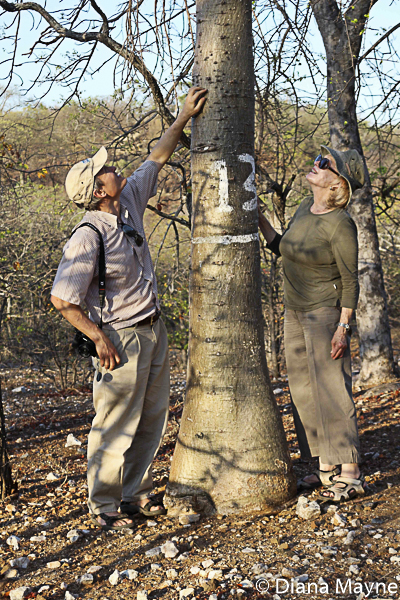 “So many people in South Africa love Baobabs. There seems to be an emotional attachment towards the tree even if you don’t know it well. But for those people who really get to know it there is a huge emotional attraction. That is a very interesting thing to explore. My world has become one of doing serious and authentic research just to learn more about baobabs – because there is a huge gap in our knowledge of the tree”, says Baobab scientist Diana Mayne.

I met Diana Mayne on the last day of my “baobab quest” in South Africa in 2015. During the early years of her graduate work at university she studied architecture but had always nurtured an interest in the world of plants. The story of her way to “end up” with baobab is amazing.

Around the turn of the millennium the scientist had to endure several surgeries on her hands, arms and legs due to a difficult health condition. As a result she had to wear plasters for weeks on end. One day her husband went on a business trip to London. She had “had” it – sitting in her house with a plaster reaching up to her knee and decided to join him. For her return trip to South Africa she had a little detour in mind: she wanted to see the baobabs of Senegal.

“How can you do that with your foot in plaster? And you do not speak French very well,” her husband enquired. Diana’s response was simple: “I just would like to see the baobabs there.” That said she booked a flight to Dakar, plaster still on.

She arrived in Senegal and started her “tour de baobab” which included a visit to Gorée, also known as the “slave island” being one of the locations in Africa where slaves were brought on ships to leave the continent for a sad and terrible fate. While she visited various other baobab sites she heard of the “Ile de Madeleine”, a volcanic island just off the coast of Dakar and decided she needed to visit this baobab spot as well.

Usually tourists reach the little island by a regular boat which is run by the department of water and forests because the area is a nature reserve. Unfortunately their boat was out of order at that time and waiting to be fixed.

Diana hobbled to the nearby fishing village. There, two fishermen agreed to take her across to the island in their pirogue. The men picked her up from the beach and put her in the boat. As they approached the island, Diana saw a new difficulty arising: Although there was a nice little place to land she would have to climb a hill despite her handicap.

Nevertheless she took up the challenge and started climbing. All of a sudden “one of the fishermen grabbed me and put me over his shoulder – like a sack of potatoes”, she says. They could not communicate because neither spoke the other’s language. But she remembers that the man was strong and “quite big”. 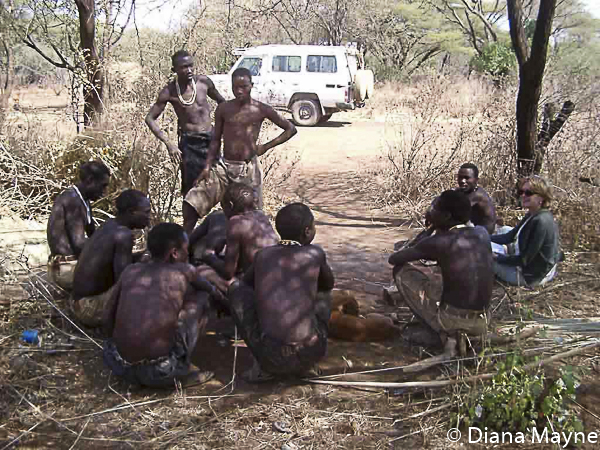 She arrived safely on the hill and caught her first glimpse of the “pigmy baobabs” as the trees are called there because they are so short. Their canopy is extraordinary big and in some cases reaches down to the ground.

People thought they were a different baobab species but in the scientist’s opinion they simply “got so much wind being at the top of this island” and adjusted to the challenging living conditions. Explorers like Michael Adanson after whom the species on the African continent was named scientifically had mentioned those baobabs in their writings. Some had left inscriptions on the bark of the trees but Diana could not locate them. The trees seem to have their own “delete program” by growing bark over some of those inscriptions…

Baobabs and the Marabout

She went back to the main land and travelled down the coast in search of more baobabs. What she found intrigued her even more: “I saw baobabs in people’s houses and they were like brick built compounds. I was very keen to go in and find out why they grew baobabs in the grounds of these very small compounds.”

The Senegalese guide who accompanied her at that time was at first not ready to take her. It took a while until people started to trust her and he finally agreed to arrange a meeting. One of the places was the home of a Senegalese chief marabout, a holy man in the tradition of Sufism which is considered as a mystical dimension of Islam. Marabouts use herbs and alternative remedies including the use of baobab. Interestingly, not the tree itself because it is said to be sacred and therefore not to be cut or otherwise damaged.

Instead, people offer sacrifices at the trees, for example blood from an animal or throw milk at the base of the tree when they leave. The whole area around a baobab tree was seen as a live spirit and decorated with inverted clay pots and long sticks said to represent the life force. People come to these places to bathe or wash themselves. 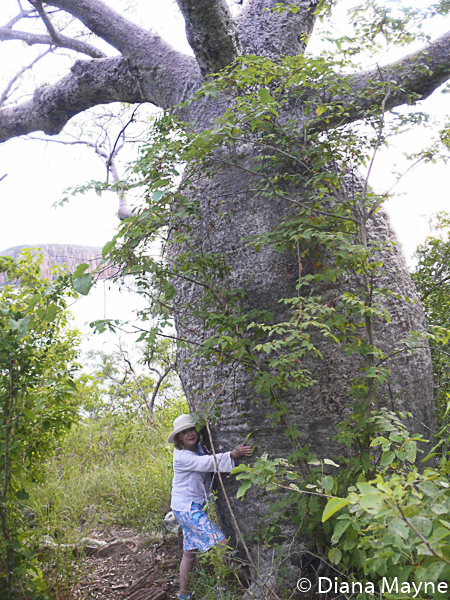 To Diana “that was very interesting and I realized how important trees were. I had never seen baobabs as sacred objects before and it made me very interested in learning more about the trees.” Which was not her original objective but “it just opened a whole world of what I never realized about that tree.”

With her sparked interest in baobab she went back to Senegal for a second round and visited many other baobab locations on the African continent and all over the world including baobab populations of Madagascar, the Caribbean and India. Last but not least she has been to Australia several times for the “boabs” as baobabs are called there.

After this intriguing baobab intro we head on to the more scientific spheres of Diana’s baobab world. While walking on the ‘baobab path of her work’ she has met many people with an interest in the trees but only few actually following adequate research – including reliable field work. “Other species are covered by many years of scientific work but not the baobab. Although one would think an iconic tree like that would have so much research – but it has not.” 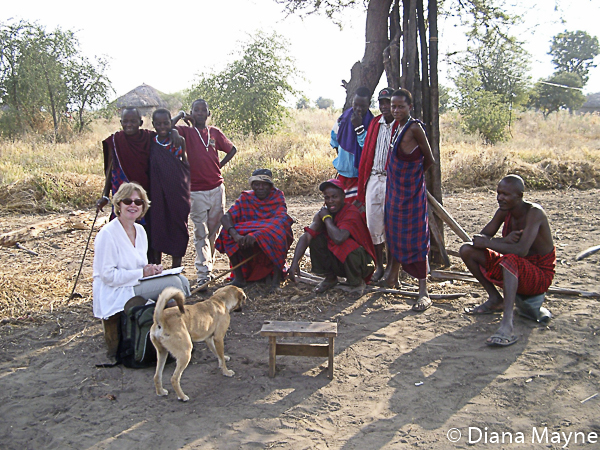 Some work has been done on use, genetics, some on distribution and on seedlings. “One of the big problems with doing work on seedlings is that it is easier than working with fully grown trees. The seedlings have not gone through adaptations like adult trees often have.” The researcher refers to studies done with baobab seedlings on salinity tolerance. The findings indicate that young trees do not tolerate saline or salty water. Whereas Diana found older trees of five species growing close to the sea which have to be salinity tolerant to some degree – otherwise they could not have grown there. The scientist also hopes to see more information about the roots of baobabs and germination in near future.

“Where they grow in kinder climate they grow well and quickly.” In her own work she has found that baobabs do much better in even climates with good rainfalls. They tend to grow faster than in their endemic habitats where they have to cope with strong dry seasons and erratic rainfall.

Her main areas of scientific interest in baobabs revolve around the physiology of the tree, cultural aspects of the human-baobab relation, the trees genetics and distribution and related to that the origin of the ancestral baobab. With the mention of Baines and Adanson and other explorers and their work with baobab another field of interest becomes obvious.

At the moment the scientist focuses her research on drought tolerance, impacts of climate change and – coming back to the physiology of baobabs – she plans to write a paper on the architecture of the trees. But the existing scientific material is not very abundant which forces her to “read about similar sorts of trees or other trees and it is quite difficult material – it feels like putting myself through university again teaching myself.”

Her future work includes a series book about each of the species including drawings of the flowers of all species – which are spectacular. The perfectionist works with a botanical illustrator from England. Everything on the items to be drawn has to be measured and counted – for example the number of stamens of the flowers of each of the species. “It has to be absolutely exact and it has to be to scale which I understand having come from a more architectural side.”

Another book she plans focuses more on the tree and its importance for man, the sacredness, forms of use of the tree in different countries including traditional medicine and as a food. “There are so many facets of baobabs that are interesting” the baobab scientist says with some regret in her voice because “I am so busy at the moment that I do not have the time to cover it all at the same time”. Which is a pity because she is an incredible living source of baobab knowledge and a great person to talk to about one of my favourite topics: the baobab.

2 Replies to “Scientific Interest in baobabs”