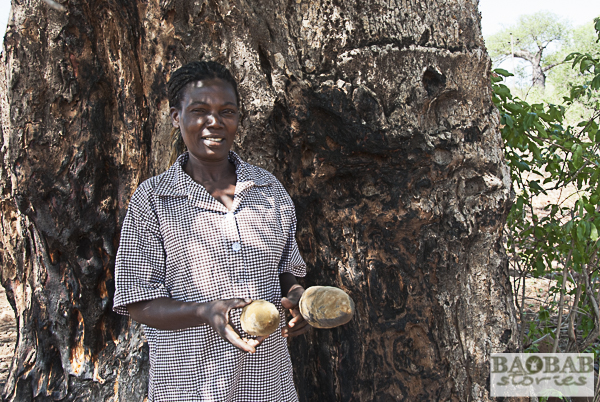 “Selling baobab fruit has helped me,” says Rerai Mundengoma, baobab fruit collector from Kajokoto Village near Mount Darwin in northern Zimbabwe. “I no longer have to ask my husband for money to buy the basic necessities for me and my children.” With the extra money she has managed to send her children to school, buy plates and pots for her household as well as seeds for her home garden. 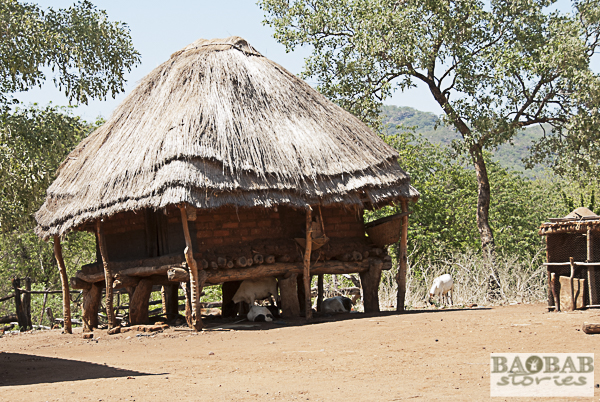 Storage Hut at Kajokoto, Goats Hiding in the Shade

At half past seven in the morning the sun beats down on us mercilessly. The air shimmers of heat. We are on our way to Rerai Mundengoma for a short interview about Baobab and what has changed for her in everyday life with the harvesting of baobab fruit. Rerai is married and proud mother of six children of which three go to school.

With me is Fran Patsika who translates the conversation from Shona into English for me. We gather in the shade under a large Baobab. The adjoining field is covered in stubbles – nothing will grow this year. The rains are overdue, predictions do not promise any change and the area is threatened by a drought – again. Upcoming wind amplifies the feeling of dryness. Only the shade providing giant offers a highlight. The gorgeous baobab has an excrescence resembling the head of a deer – if one applies some imagination despite the heat. 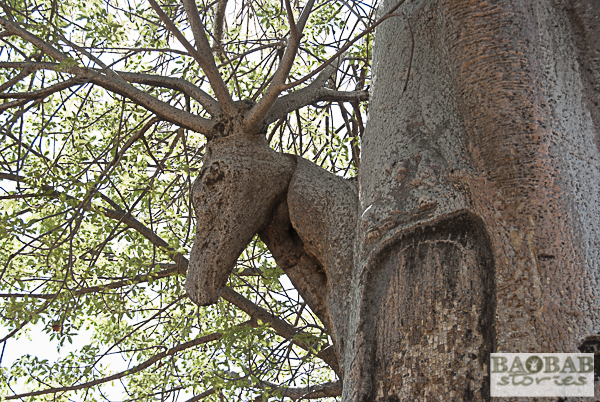 Baobab Instead of Cotton

So far, farmers grew cotton in the area. Previously they received US $ 0.80 per kilogram – times long gone as Rerai explains. The labor-intensive cotton only brought US $ 0.30 per kilogram for the last two harvests. In her opinion it is not worth the labor intensive high investment and effort.

Cotton requires a lot of water, nutrients, fertilizers and pesticides. This is particularly true for the area around Mount Darwin, which does not have the best agricultural lands and suffers from a lack of water frequently. All in all the cultivation of this plant is strenuous. In future, Rerai rather shifts her agricultural focus on small grains. 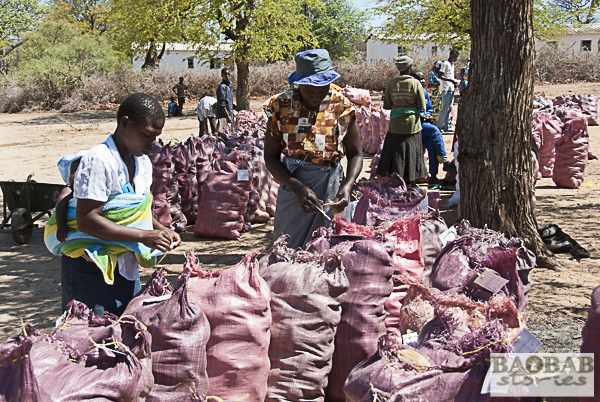 Sources of Income and Tradition

In these areas of poor infrastructure strategies for income diversification are essential for survival. For this, the initiative of B’Ayoba from Harare arrived just in time. The company buys the farmer’s Baobab harvest, extracts the fruit powder and sells it internationally. “We have welcomed the project with both hands. Today we appreciate the baobabs again and we hope to continue our work with B’Ayoba”, says Rerai.

The sale of baobab fruit has helped her – particularly from a woman’s point of view. Traditionally, women are responsible for their families. This includes paying for school fees or medical care. Collecting fruit is part of their tasks as well. The proceeds of the sales belong to the women. Today Rerai has her own money to buy the basic necessities for herself and her children. 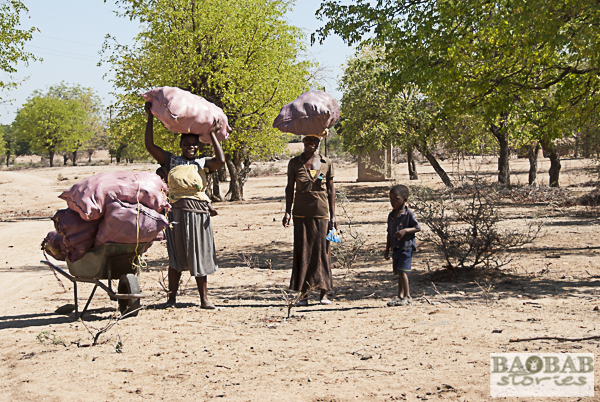 Leaving Something to the Children

Although the women do not need anything else apart from their own work force to collect baobab fruit, the work nevertheless can be cumbersome – particularly so in remote areas. Mostly, the trees are scattered and sometimes the collectors spend the whole day in the bush. Most of them transport the collected fruit in sacks on their heads. This is hard work. 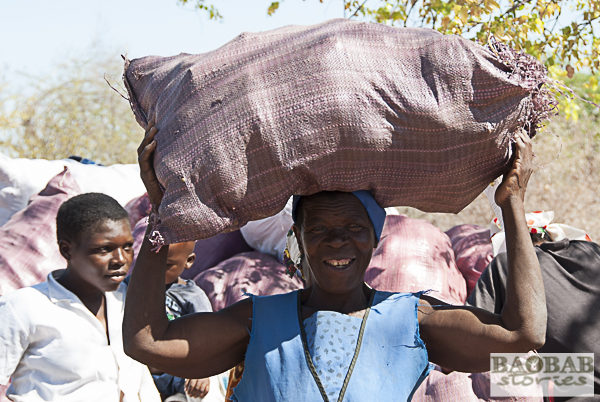 Rerai hopes to get more money from B’Ayoba for her labor input in future. She has big plans for the additional income. She operates a little vegetable stand in Mount Darwin. There she would like to build a house. The reason to do so is simple for her – she mainly thinks of her children: “I want to have something to inherit to my children that I have built with my hands when I pass on” she adds. 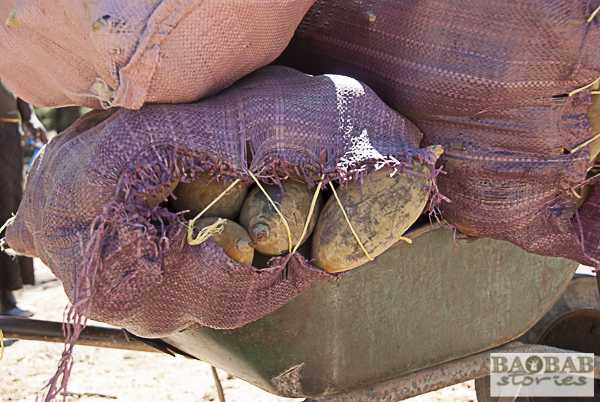 Thinking pragmatically, she would like to have a scotch cart which could make transporting the heavy baobab bags to collecting points much easier for her. Rerai has new employment opportunities in mind as well: She dreams of a processing center for the fruit closer to her village which could bring new job opportunities for her family and other collectors in the area.