Baobabs (Adansonia digitata) can be found in Africa South of the Sahara: 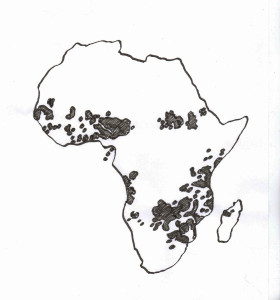 Baobabs were widely distributed by humans – Arab merchands for example traded the fruit on Egyptian markets and further East. The trees are said to be found in countries as far as Vietnam and Indonesia. A less positive distribution factor was the slave trade to Latin America: Baobabs can be found in the Carabbean today. Some Baobabs enjoy the warm climate in Florida. More baobabs grow in Australia (in the North-West) and in Madagascar. But the species there are not Adansonia digitata. This topic will be covered in another text.

7 Replies to “Where to find Baobabs?”