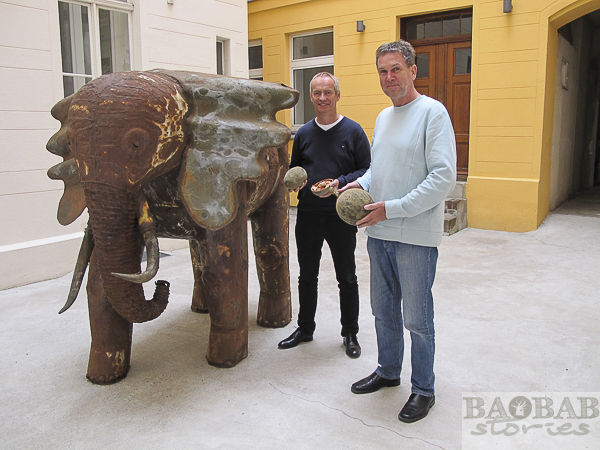 Meinolf Kuper is an economist and one of the two managing directors at africrops! In this interview he talks about his history with Baobab. His company imports fruit powder to Germany. The businessman has worked in development cooperation for many years. He spent time working in Burkina Faso, the Congo, Cameroon and Tanzania where he focused on the health sector.

Kuper had his first contact with Baobab in the early 90s when he decided to import handicrafts from Africa. One of his products was whole fruit which he sold as decoration items in Germany. At that time Baobab powder was not approved as food for the import into the European Union. Things changed in 2009 and the powder has found its way into shops all over Europe.

The Idea: Trade with Agricultural Products

Although he switched his import business from handicrafts to recycling products his interest for Baobab remained the same. After nine years of development work in Tanzania he returned to Germany in 2012 – with a great idea in his luggage: he wanted to build lasting business relationships with agricultural products in Africa.

Helping people to help themselves – is that enough?

Together with his business partner, Dr. Heinrich Heinrichs, he founded the company africrops! The positive aspects of their engagement in the development sector strengthened the team in their approach. To them it is not enough to follow the concept of “help for self-help”. They try to go a step further in terms of sustainability and rather invest in sustainable trade relations based on the principle “trade – not aid”. “The cost-effectiveness aspect is very important to us. Trading … must be worthwhile … otherwise it cannot be sustainable.” In order to reach that goal the business relationships of africrops! are meant to be long-term. 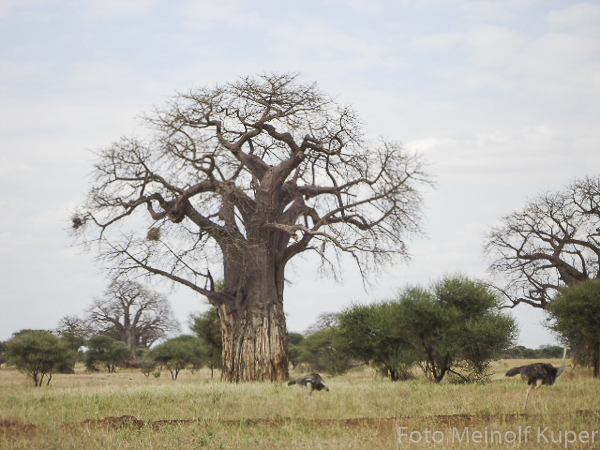 Baobab – even on vacation

The first product they sold in Germany was Moringa (Moringa oleifera), a plant with health-promoting properties. The Baobab powder was added in 2014. Even when on holiday “Baobab” accompanies Kuper. From one of his last trips to Tanzania, he reported that the trees, which he has seen and photographed in the Tarangire National Park while on safari did not look good. They had strong traces of damage to the cortex, did not have leaves as other baobabs and bore no fruit. Elephants might have ripped off bark and did severe damage to the trees. They did not survive. 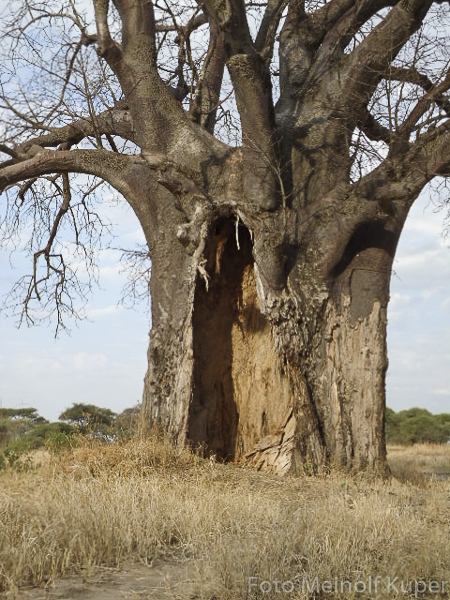 Heaps of Baobab powder and “pipi”

In markets in Dodoma, Tanzania’s capital, Kuper has found “heaps” of baobab powder. He has heard that people prepare fruit juice from the pulp. Baobab seeds, which are still coated by fruit pulp and dyed in vivid colors are offered on markets as “Pipi”. The slightly sour taste reminiscent of sherbet makes it particularly popular with children.

He reports another sad story about Baobabs from Tanzania. The never ending hunger for agricultural land expands more and more. The trees compete with agricultural land used for cotton production – they are cut down to give way for new cotton fields.

Trade with Baobab = Incentive for their Protection

In his view, the increasing awareness of healthy powder on the European and international market comes at the right time. With the commercial benefits Kuper sees an incentive for local people to protect the giants. He is convinced that people will appreciate the trees and protect them as soon as they realize that they can earn income by selling Baobab powder and oil.