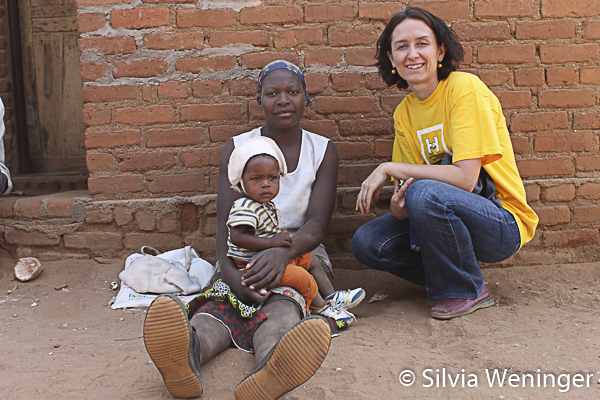 ..says Silvia Weninger about the tree. She did not only see the baobab close to the road while she was worked for a development project in Zimbabwe. The tree featured as income generator and a provider of food security, particularly for the poorer population in rural areas. The project was associated with Hilfswerk Austria International, a development organization based in Austria.

I happened to come across a press release from Hilfswerk Austria International doing more research on baobab. The organization has been involved in emergency relief and development aid in Zimbabwe for many years. Part of the project was research and use of indigenous plants. Naturally, the baobab was involved. The project focus was on generating new sources of income and to secure food for droughts to prevent famine.

Quickly, I identified Silvia Weninger as the person responsible and interviewed her about the project. She left Europe 15 years ago to help people in Asia with reconstruction after the disastrous Tsunami She stayed for seven years. She came to Zimbabwe on a short term mission in 2008 and continued with a long term assignment in 2010. She worked in Zimbabwe for more than six years, got married to a Zimbabwean. Meanwhile she is the proud mother of two girls. Some time ago she returned to Austria with her family.

Weninger came to know Baobab during her first assignment in Zimbabwe near lake Kariba in 2008. She knew it “as a tree standing somewhere in the countryside” and that it produced fruit but she did “not know about its market potential”. “What a cool thing it was,” she says, thinking back, “I never thought I’d ever help people with the tree, which is a nice story.” 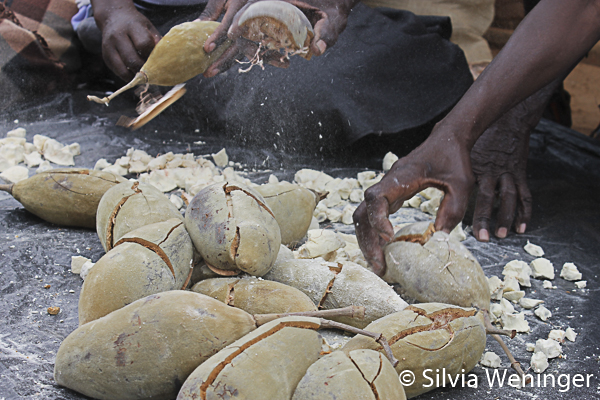 The project in Zimbabwe was the subject of a call for tenders from the European Union and USAID, an organisation based in the United States. Indigenous plant species were be examined for their economic potential. The aid company, together with local partners, was awarded the contract for implementation and, in a next step, allocated the necessary financial resources for the project. The United Nations Food and Agriculture Organization (FAO) provided further financial means at a later stage of the project.

At the end of the project phase 20 different indigenous species should be identified. The Baobab belonged to it. “Baobab was just the species that was very fast to market – the fruits can be collected and processed quickly,” she says, continuing, “The tree is a miracle – at least in this drought You have to protect him really well, be careful that people do not collect too much “.

She has gained a lot of experience with the use of wild plants and markets for markets. It tells of envy among users who mutually ruined the economic foundation by killing trees or destroying crops for the neighbors. She has experienced this in Strophanthus, a plant which is used as a heart medicine. At first, people deserved much with the plant. There were, however, only small quantities – not all profit, which ultimately led to conflicts. At the Baobab that would not have been the case so far.

In addition to its economic potential, especially for the poorest parts of the population, the development aid is enthusiastic about the manifold appearance of the Baobab and its greatness: “It is so powerful, usually in a drought area and exudes energy – especially when several are standing together.” 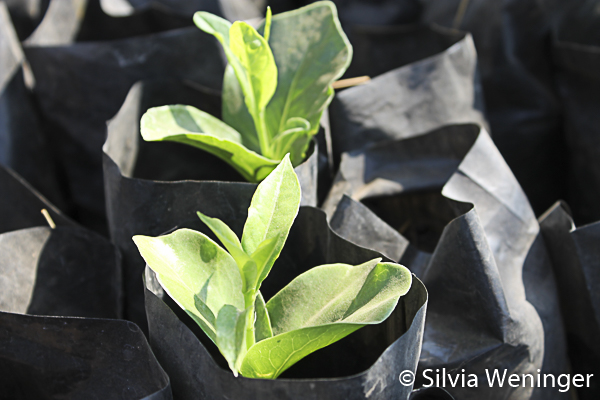 See Baobab as a “Package”

It has also impressed the ability of the trees to store enormous amounts of water and that they are producing their healthy superfruits just at droughts when nothing else grows. “I often think ‘where does the baobab get its strength?’ So, he’s already a special tree. ”
But the Baobab is not only the fruit of the Baobab – it is the Baobab ‘whole package’ for Weninger: “its history, its exoticism can be sold very well. Support for poor producers in Africa is also important to users. In addition, the powder is “pleasant to the taste, just when you add it to other food,” she says.

She is particularly proud of the success of the project: “We have achieved a great deal since 2010. We were able to work with 20 companies and over 15,000 volunteers and small farmers.” Although the economy and the private sector in Zimbabwe are not doing very well at the moment. Cash is scarce and people are queuing up in the shops.

Project partners in Zimbabwe included Organic Africa, B’Ayoba, KAITE and others. The project was ready to go, because the partners already had stable structures, had marketing experience and established contacts on the European market.
A baseline study at the start of the project showed that the monthly budget income of the project beneficiaries was $ 30. At the end of the project phase, the small-scale farmers already received 150 USD. This may seem minor from a European perspective. For the local people it makes a decisive difference. 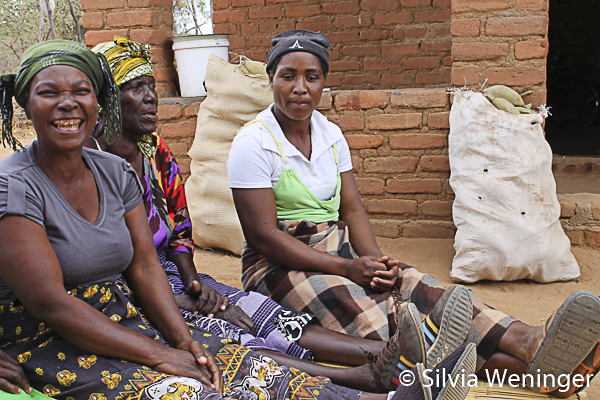 Empowering Women With the Help of Baobab

But not only the financial gain is decisive. “It is not just about income but also the social strengthening of women,” says Weninger, as they account for over 80% of project participants.

The surpluses from the sale of the Baobab fruits were invested by women in other income income projects – for example, they bought goats and chickens, started smaller gardening projects or invested in machines to create additional income.
Especially in poor rural areas, the diversification of income sources is vital – if a source fails, one can still rely on others. As is often the case, I hear that with the rising income school fees are paid for the children and the health condition of the people improves because they can afford treatments.

Baobab is a Success Story

The project attracted great interest internationally because the approach was considered innovative in 2010. For Silvia Weninger it is a success project, although in the area “Baobab” was initially rather rudimentary. At that time, the women in the villages sat in front of their huts in circles on plastic plots and cracked the hard shells of the fruit. The fruit pulp they collected on a large heap in the middle. There were no manufacturing plants or adequate machinery. 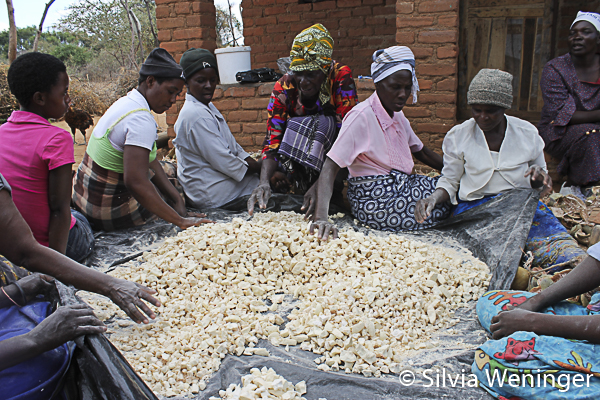 Today the situation is very different. In the collecting areas, which were initially accompanied by the project, are factories that are able to obtain exportable quantities of fruit powder. The hygienic regulations for powder processing are also better adhered to. This is important for export. Another positive development is the jobs created by the processing of Baboab fruits in the countryside.

A request for the future of the Baobab collectors has brought her from Zimbabwe: “the part of the value added, which remains with the collectors, is currently too small in Zimbabwe.” Especially if you know for what sum Baobab powder is currently sold on the European market. “It would be nice if the current profit margins could keep more income among the collectors,” she says at the end of our conversation.