Blessing Mamubeda explains how baobab brings new opportunities to Zwigodini village in South Africa. By selling baobab fruit people earn money which they can invest in their projects in turn. Some of the buyers even wanted to help the community and supported building the new children’s creche. 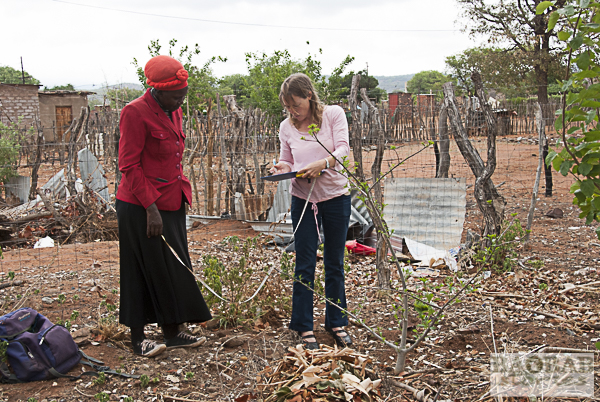 Blessing Mamubeda was born in the area around Bulawayo in Zimbabwe. She has moved to South Africa many years ago and got married in the village with the melodious name Zwigodini in the Venda area of the Limpopo Province. An enormous tourist attraction lives near the village: the Sagole Big Tree. As is implied in the name the specimen happens to be a huge baobab. It is a “Champion” tree and protected by law in South Africa. 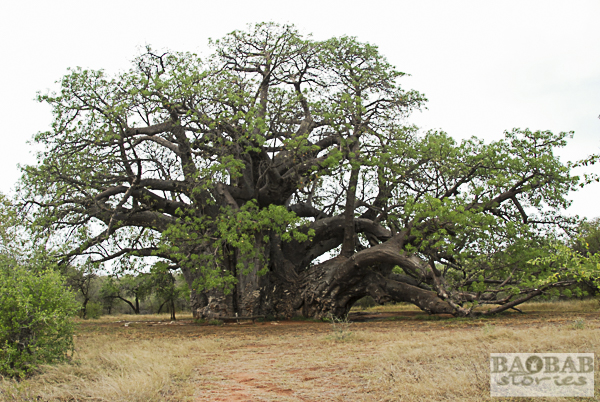 Apart from her income as a principal of the local kindergarten, she earns money by collecting baobab fruit and as a baobab guardian. She sells her fruit to Sarah Venter, Baobab ecologist and entrepreneur from Louis Trichard. In 2013 Venter has established the “Eco Products Foundation”. Its major aims are to take care of and preserve baobabs and to contribute to improved pre-school care for children. 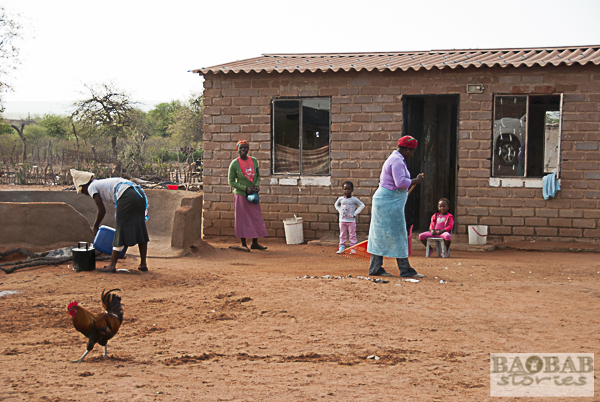 Blessing Mamubeda is one of the guardians and therefore part of Venters “Baobab Guardians Program”. She took part in training activities, and has learned a lot about the trees and their protection. She planted two small baobabs in her homestead in Zwigodini and takes care of them. 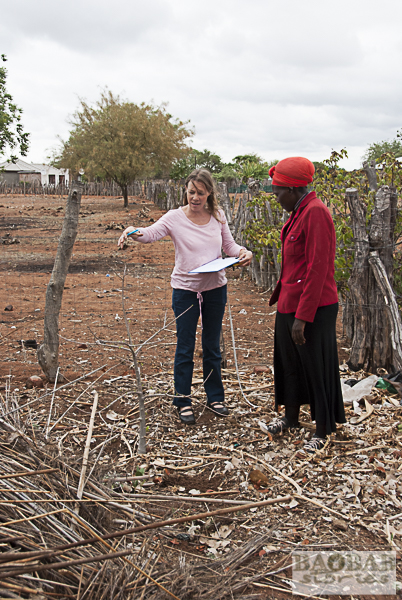 Together with Venter and a film crew we visited Mamubeda and her fellow guardians in November last year. We measured the little trees and attended the planting of new ones. Funds were provided by the Guardians Program.

Each guardian receives a lump sum for planting a tree and for further taking care of the saplings an expense allowance. The amount is determined by the centimeters a little baobab has grown since the last survey was carried out. For each centimeter of growth, the guardian receives a fixed amount. 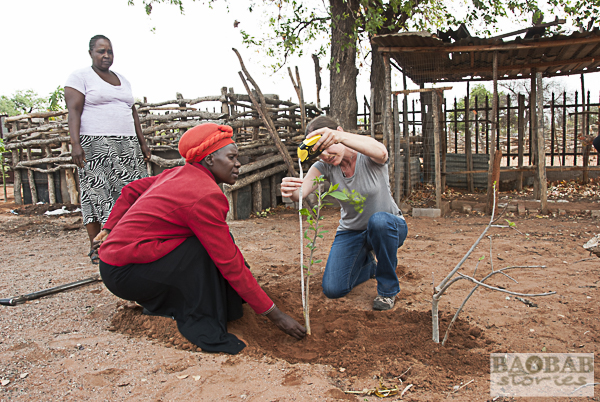 Normally baobabs sprout leaves shortly before the rainy season – no matter whether they are small or large trees. Although rains were due in early November in the region, the two trees in the homestead of Blessing Mamubeda seem to dawdle. They did not show any signs of growth since the last measurement was taken. But things can change quickly with baobabs and the trees might have grown a considerable stretch by the next time Venter comes to measure. Mamubeda can accelerate growth by watering the little trees. The more water they receive during their first years, the faster they grow.

Blessing Mamubeda benefited from Baobab not only by selling fruit and her role as a guardian. Recently, the lease on the building of the kindergarten was terminated. The state does not help in such cases. People need to take care of their own affairs. A new site was found quickly, but the next challenge was already waiting: the new creche had yet to be built! 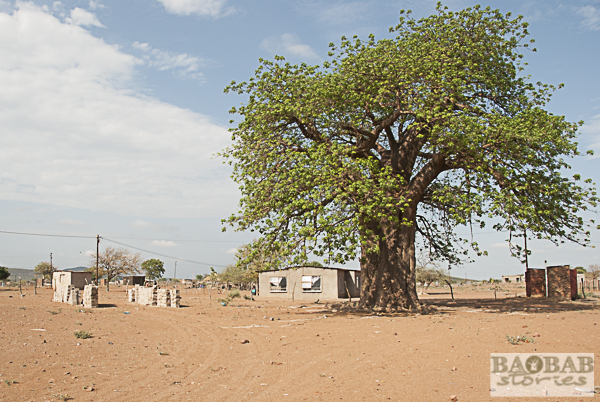 But things looked critical because funds for the building were lacking. At that time a buyer of Venters Baobab powder and oil visited the area and helped out with a generous donation. What a happy coincidence. At the time of my visit the building materials were ready and waiting to be used. By now the new structure is most likely ready for the kids to use. 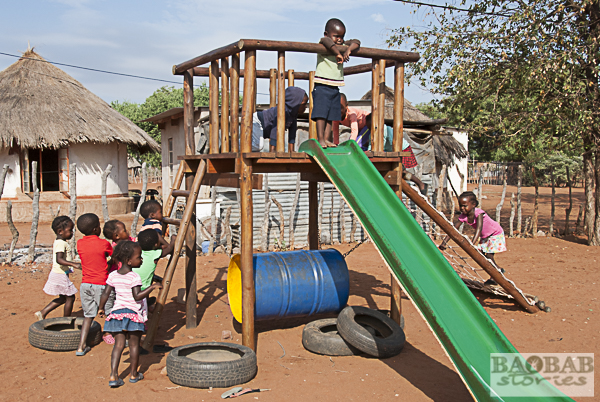 Blessing Mamubeda talks about the uses of baobab she knows. She appreciates the slightly sour taste of the fruit powder, which can be dissolved in water or milk and provides a tasty soft drink. After the fruit powder and seeds are removed from the fruit, one can burn the hard outer shells. The resulting ash makes a good raising agent for baking. She uses fresh, young leaves of the Baobab in order to cook a dish similar to spinach. While on the stove the vegetable becomes stringy and sticky like glue but is preferred like that. However, people in the area are aware of the fact that not too many leaves should be taken from the baobabs as that may have a negative impact on fruit production. 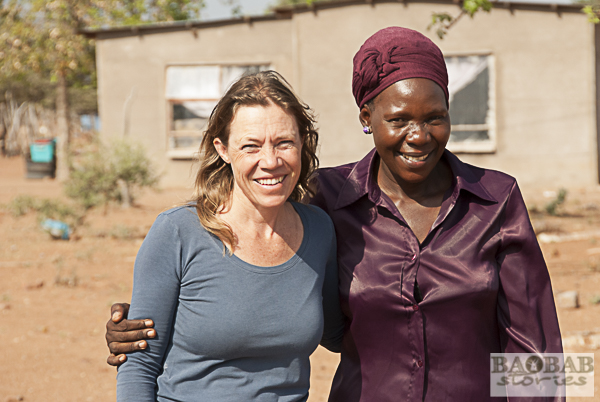