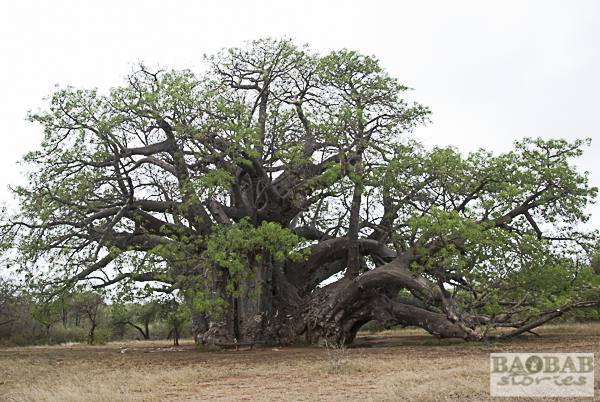 Gus Le Breton shares a special baobab story of two farmers in Zimbabwe quarrelling about “who has the bigger one”. Naturally we talk about baobabs.

We take a journey in time and land in the 1950s. Two cattle ranchers live on next-door farms in South-Eastern Zimbabwe. A huge baobab tree grows on each of their property. One night the farmers were sitting in one of their homes.

They were talking about which of the trees was the biggest – a difficult task to find out. Both trees were quite old and hollow inside – as old baobabs tend to become with age. Both had an “entrance” – one was big, the other small. 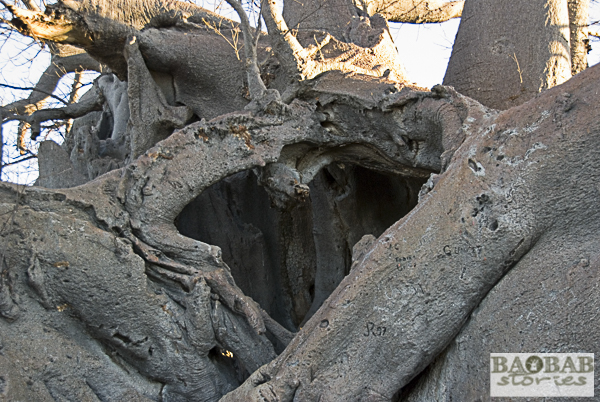 While they were quarrelling about the sizes of their baobabs one of the farmers says to the other: “the tree on my property is bigger than the tree on your property”. Certainly the other farmer denies and says “no, the one on mine is bigger than yours.” How to prove the case?

At night, long after they had called it a day one of the farmers came up with an interesting idea to show that he was right. He went to the others house and took his car – which was a Land Rover at that time. He parked the car right inside the hollow of tree on his property. Then he got his own car and parked it next to the first car. So there were two Land Rovers sitting side by side inside the old baobab. 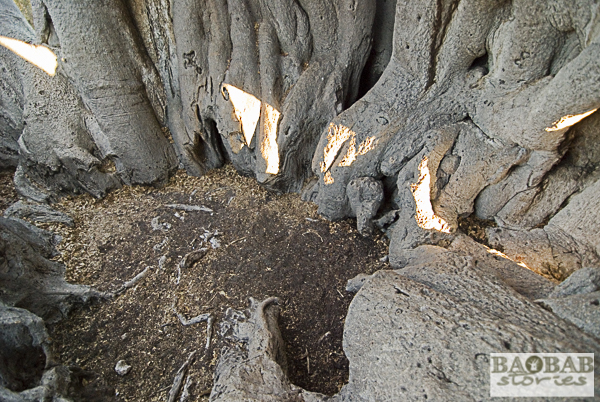 Inside a Hollow Baobab

When the other farmer woke up the next morning and wanted to use his Landy – he could not find it anywhere. He ran around, shouting wildly. Somebody told him he might be able to find his car if he went looking around the neighbours tree. He went and found it.

Although the story is quite funny and has a positive ending to it – the question of which of the two trees was the bigger one still remains.

I have met Gus at a trade fair in Germany in 2015 and later in that same year went to visit baobab collectors in the Mount Darwin and Masvingo areas. Gus is the CEO of B’Ayoba, a baobab processing company based in Harare, Zimbabwe. 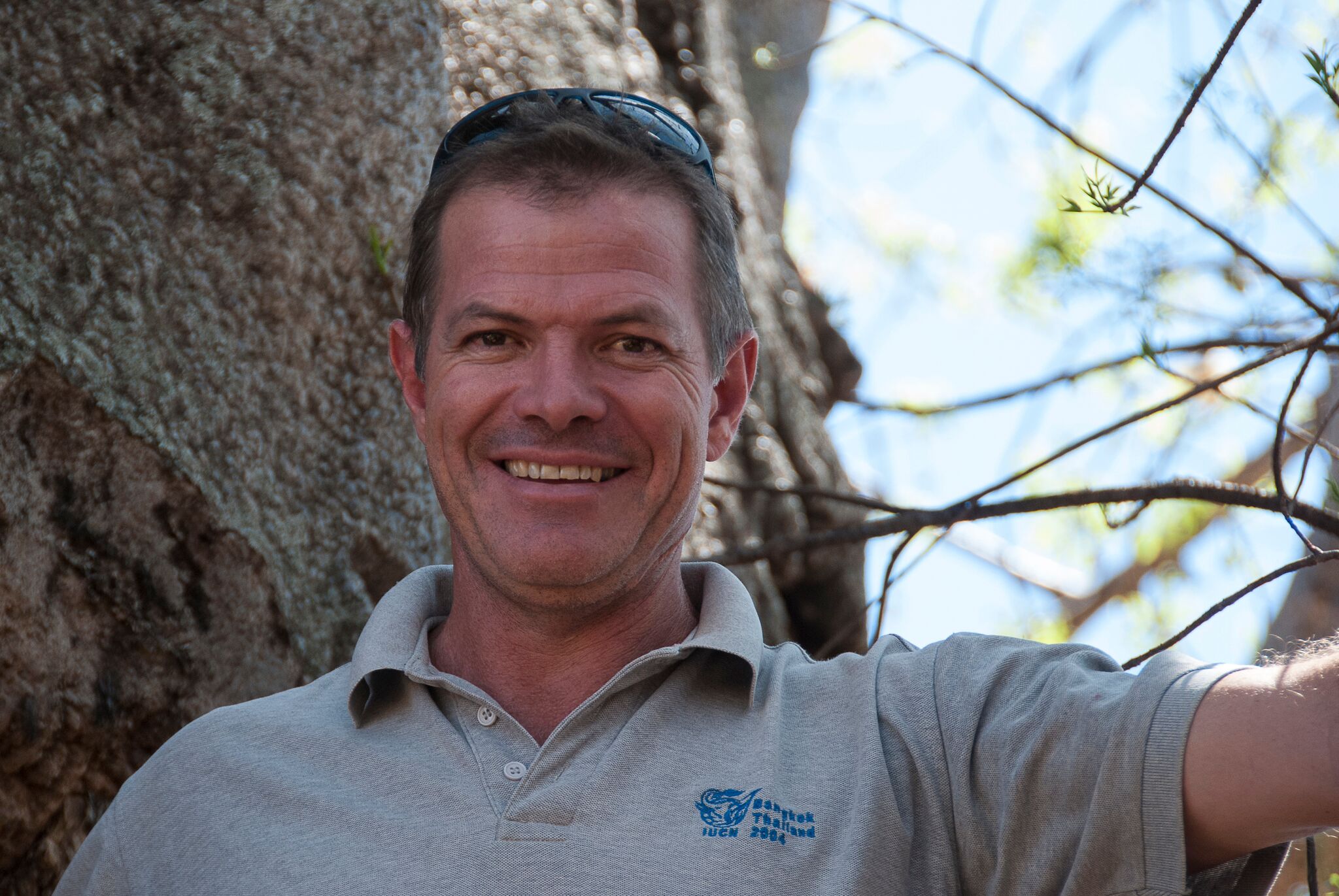