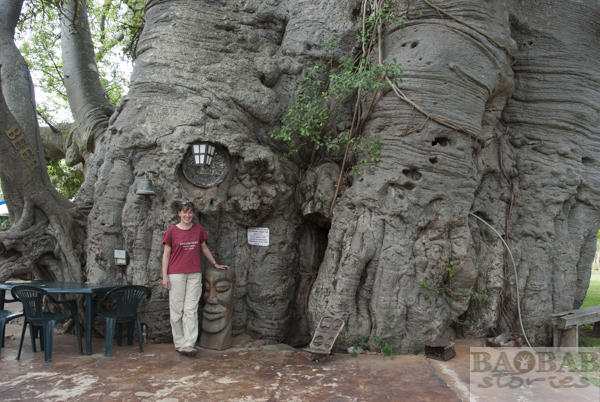 Hitting a tree after too many sundowners – such stories are heard of quite often, unfortunately. But having a decent sundowner IN a tree bar? Yes, it is very much possible. In Modjadjiskloof in the Limpopo Province in the north of South Africa lives a very special Baobab – on the Mango Farm “Sunland” property of the van Heerdens family. 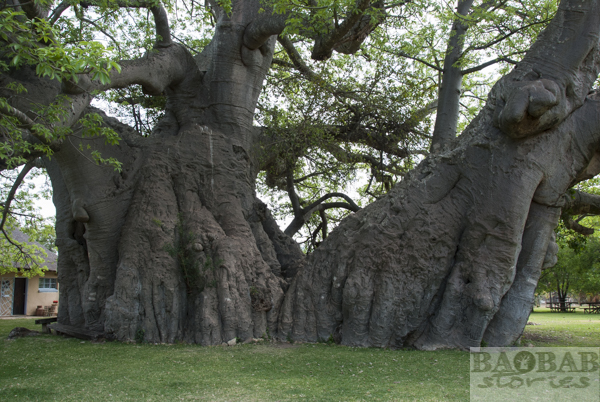 Baobab hosts up to Sixty People

The Baobab Tree Bar was built in 1993 and has since then served as a tourist attraction in the region. It is equipped with a railway sleeper bar, stools, glasses, lights, a music system and drinks and provides everything a good bar needs to offer. Approximately 40 guests fit in the little pub. According to the operators it hosted even 60 people at one point. A sign on the outside of the tree invites to have a beer. The “Big Tree” as it is also called is often used for weddings. The “honeymooners” awaits a very special attraction: the “honeymoon suite” is in a treehouse. Although the giant grows on private land, day visitors are welcome if they pay a small and worthwhile entrance fee. 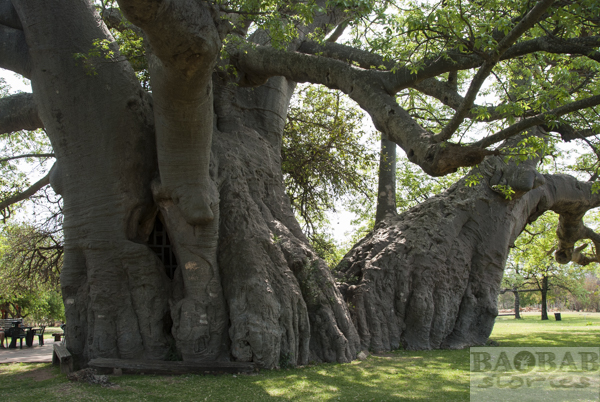 Forever Rooted to one Spot

The appearance of the Baobab is a phenomenon: it consists of two huge stems. Both look like falling apart in opposite directions – almost as if they could not stand each other and due to an ungracious fate are doomed to spend their lives very close together – united only at their basis. Old baobab specimens of this size are usually found solitary. Other baobabs are known to grow together in a way that they are barely indistinguishable to the naked eye. Those two stems have rather opted for the opposite model. The old tree is home to many small mammals and birds, including two owl couples. 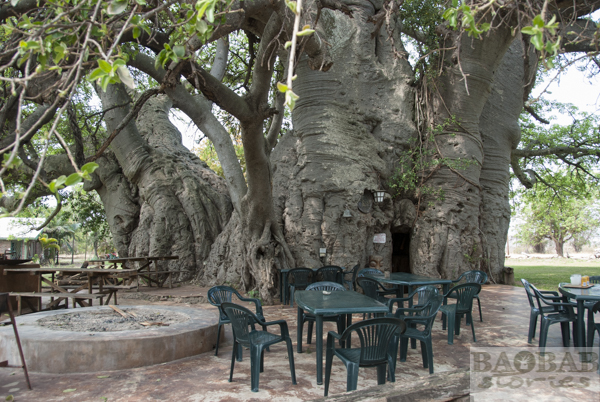 The highest point of the Baobab is 22 meters, its circumference measures approximately 47 meters. According to the owners the baobab is more than 1100 years old. Although it was determined by radiocarbon dating, this figure may be misleading. Since both parts of the tree are hollow inside – the oldest parts of the trees do not exist any longer. It is not unusual for old baobabs to become hollow inside with increasing age. The niches and caves have served humans and animals alike for many thousands of years. People used the tree for protection, shelter and even housing. They took advantage of the cavities as storage facilities, to protect their livestock, to hide during enemy attacks or to defend themselves. More recently, the cavities of the baobabs were used as storage rooms by explorers or the military, as prisons, post offices, chapels or even toilets. So why not as a bar? 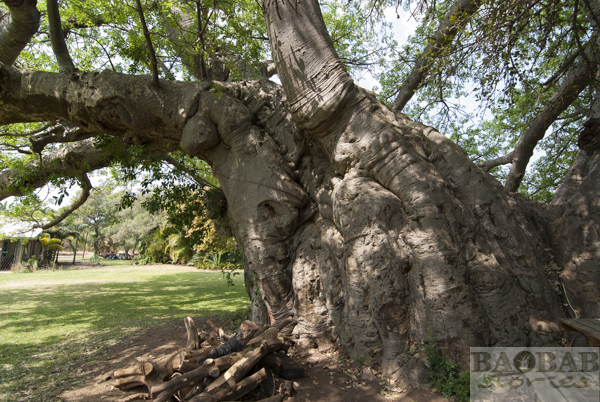 In some cases people enlarged the holes in baobabs manually. With the Sunland Baobab the ground inside the tree was dug out deeper and a door was added to the bar. Baobabs can survive such interventions. In some areas people peel off parts of the bark to produce mats or rope from the fibers. The trees have the ability to grow a new layer of bark and continue growing. In the case of the Sunland Baobab, the trunk in the front is used as the tree bar – the rear is used as a wine cellar. It has natural ventilation and according to the operators, the wine is stored at a constant temperature of 22 degrees Celsius. 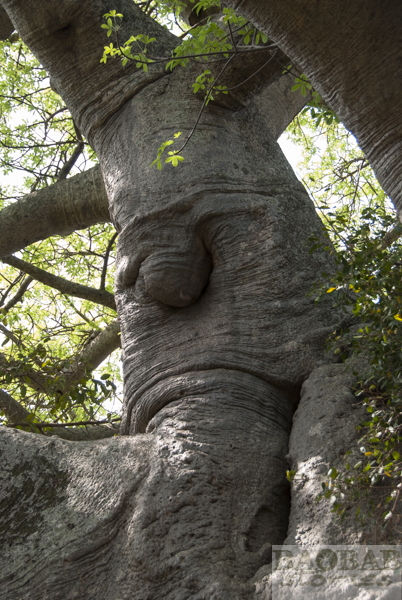 While walking around the two stems, one can discover interesting details – up high in one of the trees’ branches almost near the crown is a very crabby looking old face. Further down on the second stem, opposite to the bar entrance, a structure looks quite similar to a merry little rampaging elephant. Further circumnavigation brings to view a sculpture of two superimposed branches of which one looks like a down-propelling fist. 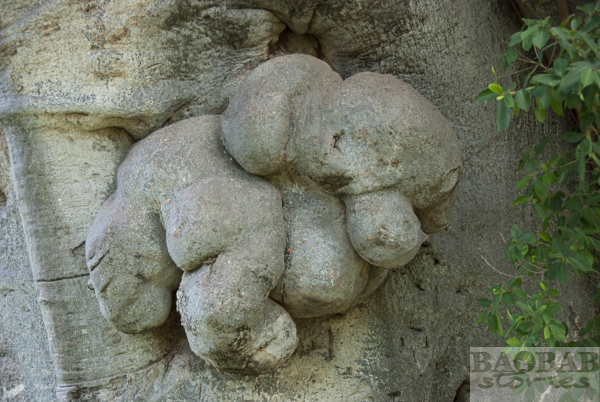