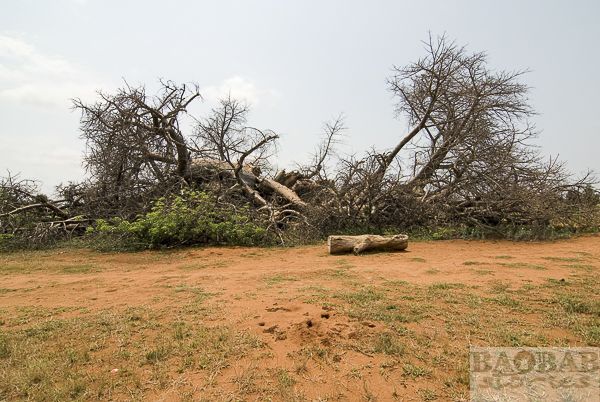 A very special Baobab grows surrounded by agricultural land at Hoedspruit in the Limpopo province. As befits a giant of its size, legends have sprouted around it. The location for such a legend is perfect: it revolves around a hidden treasure. At the end of the Boer War, two wagons of Kruger Gold were sent north to Olifants River.

The Trick with the Termites

Said gold was supposedly hidden near Hoedspruit – in a huge hole that had been carved into a baobab. Someone came up with a brilliant idea to conceal the large hole with the treasure: a termite queen was buried with the gold and expected to provide a new colony. The termites in turn should do what termites usually do: build a termite mound – above the hole in the Baobab.

The story was credited to the Glencoe Baobab. The tree received its name because it grows on the ground of the Glencoe Farm. With a diameter of 15.9 meters and a circumference of 47 meters, it was considered to be one of the largest and most massive baobabs in South Africa for a long time.

The tree was 17 feet tall and thus was not one of the highest of its kind. Nevertheless its treetop expanded to 37.05 meters. At its base, the giant divided into several trunks close to the earth. The main trunk sank towards the ground long time ago. From a distance its shape looked like a small grove. 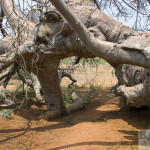 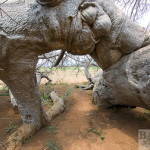 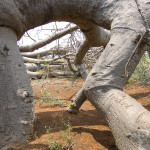 Branch Arcades grow back into the Soil

During a visit in 2010, the tree gave a rather depressing impression. The giant had slumped to the ground and offered a wild jumble of trunks and branches. The sight was comical. It almost seemed as if it grew arcade-shaped branches back into the earth. The arches formed several window-like passages that allowed views of the surrounding farmland.

At the points where the huge branches broke off the trunks large black spots could be seen. The Methuselah might have suffered from fungus. Or it succumbed to natural aging since it was not only one of the largest but also one of the oldest Baobabs in South Africa. 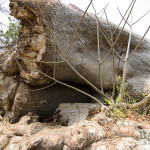 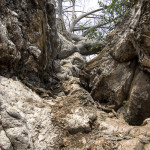 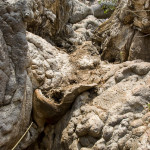 Fertilizer was “too much”?

Or perhaps the intensive agricultural use of irrigation and fertilizer in its direct vicinity contributed to its condition. Baobabs in their adult years have shallow roots and therefore develop a very distinctive and widely branched root system. 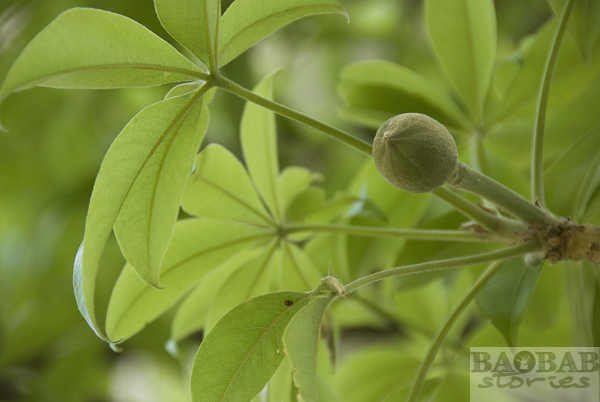 At various points, however, the tree still seems to be alive. Just in time for the rainy season it had cast new leaves. It often happens that new shoots develop out of fallen logs or broken off branches. 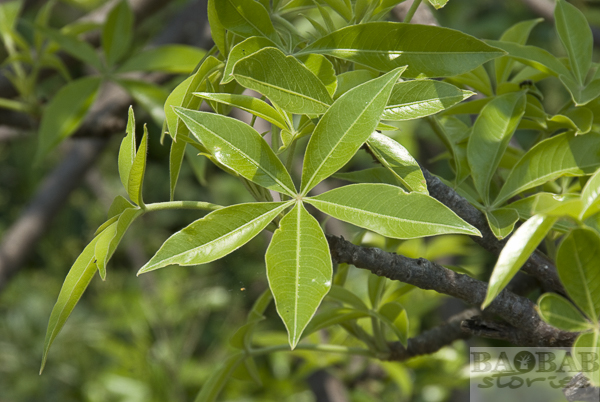 Story of Gold a Fairy Tale

Whether the story of the gold in the tree is truthful or not, is hard to say. The treasure might still lie dormant underneath the giant but for sure not inside of it. In November 2009 the tree literally split in half and left a huge gaping hole. No word about a “large gold discovery” in the hole has ever been reported.

All prospectors and fortune seekers should know that all attempts to seek gold in or around the tree might be in vain and rather inflict more damage to it. Maybe it’s worth to investigate digging somewhere else.