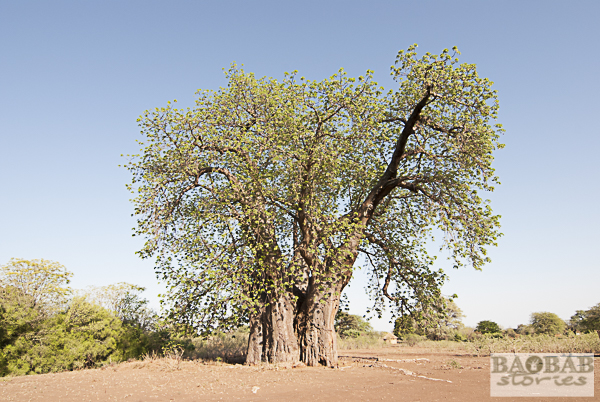 The path is dusty and the air glimmers as a result of the heat. Inside the car temperatures seem to reach baking point and we yearn for cool drinks. We have been in the field to talk to baobab collectors and to get an impression of the area.

As we rumble along the unpaved dirt road heading back to Kamutsenzere I finally get a chance to interview Islam Marimazhira. He works as a field officer for B’Ayoba in the area around Mount Darwin and is based at Kamutsenzere not far from the World Vision premises. 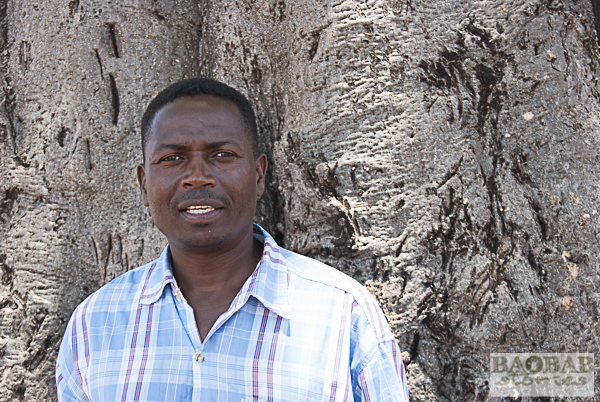 Firstly, I was keen to find out where his name comes from. His family has a Muslim background and originated from Masvingo and moved to Mount Darwin. By naming him Islam his father followed a family tradition. Islam Marimazhira went to school in the Mount Darwin area and finished his education in Masvingo.

Before he came to work for B’Ayoba he had a job that took him around the area very well which is a great advantage for his current type of work. He knows the baobab areas by heart. His networking and good connections paid off the previous night because after dinner he organised highly welcome showers for all of us at a nearby donor organisation.

But now we are back to my favourite topic again: baobab. And I ask Islam how he came to know the tree. He starts out with his childhood “we just break [the fruit] and mix the powder with water or milk and add some sugar and just enjoy it like that. If you put milk it is just like if you are enjoying some yoghurt with a different flavour but it is nice”, he says.

Apart from eating the fruit powder he does not recall any other use of the fruit or tree from his youth and he adds “we used to eat it not knowing what is the importance of eating it but now I know … from B’Ayoba that the fruit has a lot of minerals like calcium we need. So I’d like to eat more of it”. 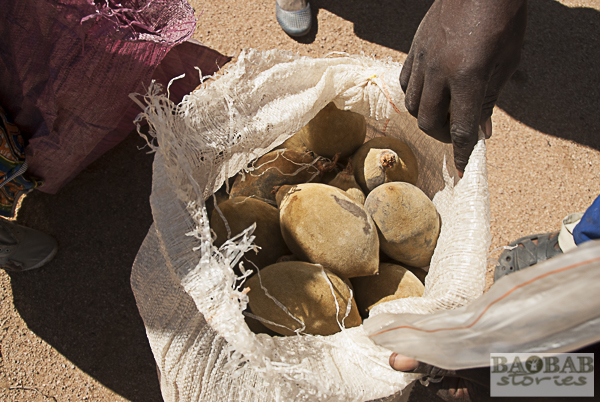 He has been with the company for six months and has experienced his first baobab harvesting season. In the field Islam Marimazhira works with the baobab collectors. He instructs and trains them because the harvested fruit that is bought has to fulfil certain criteria. Most of it is destined for the export market.

The baobab fruit powder bought by B’Ayoba is usually used for direct human consumption or as an ingredient for food processing. Therefore high hygiene standards have to be adhered to – and the company is very strict with that.

The collectors have to follow instructions for example prevention of contact of the fruit with chemicals. The people in the area suffer from Malaria a lot. Chemicals are used to spray their homes. The baobab collectors involved with B’Ayoba have to build separate shelters for the fruit storage to prevent contamination.

Only ripe fruit with intact outer shells are accepted. The collectors have to make sure that the fruit do not have any cracks because those mean high possibilities of contamination of the fruit powder with dirt or insects. 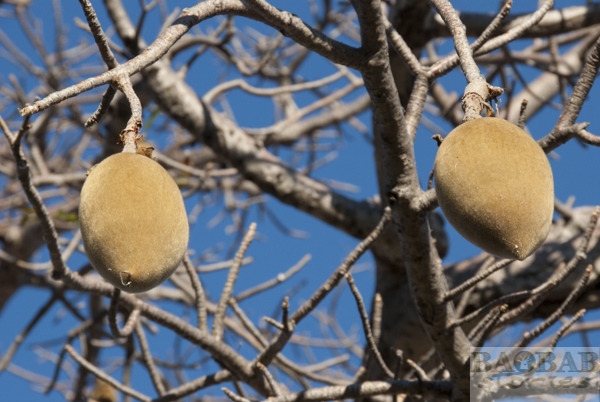 Life can be Tough

Marimazhira volunteers to share a story with me from his work and the impact selling baobab fruit can have on the ordinary people in the community. “Sometime we went buying [baobab]. Normally, when the truck is full with fruit we tell people that we would come back … One day it happened that there was a man with nine bags [of baobab fruit]. By the time he arrived we had reached the days limit and could not buy any more. He was frustrated and looked dejected. He approached us with a problem. He needed the money to go to the grinding mill. He told us he does not have the money to go and will not have food. We told the man that we buy [his fruit] now. The man looked so relieved and he was in a very joyful mood. I was telling Fran that life is tough if $ 9 can change the whole life of a person.”

To him and his colleagues this highlights that life in the baobab areas can be very hard and that the fruit brings a good opportunity for urgently needed income.

Of course I ask Islam Marimazhira if he has heard of the story in the area of why the baobab looks the way it does. But he says “I didn’t think that baobab was of such importance for the communities. Because truly speaking – people would only pick up some fruit but there is a lot of baobab – you’ll find the whole ground covered by the fruit… They’ll only pick some few – maybe one or two bags for their consumption. But now they realize that it can change the life of some people as you can see the women are now selling fruit – they are now paying school fees. It is changing.”

In the end I did not get the story I was hoping for but other stories that were worthwhile listening to.