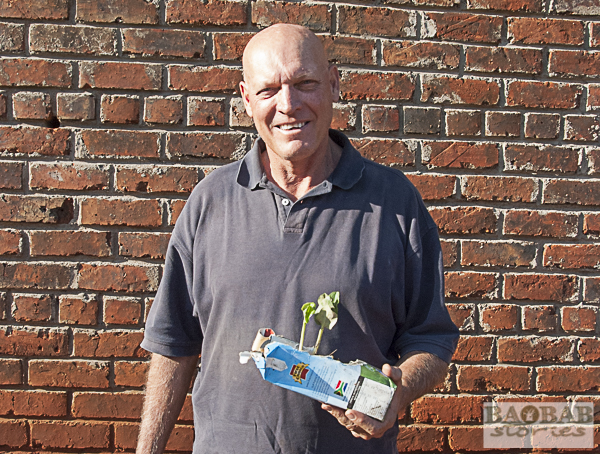 After our visit to Baobab collectors we rumble on a difficult slope back towards Harare. At the end of November it is hot – the thermometer climbs above 40 ° Celsius and the air is humid. The rainy season is due any time but rains have not started yet around Mount Darwin. On the contrary – the area faces a drought.

Ray Flight, who works as a factory manager for B’ayoba, a baobab processing company placed in Harare, has accompanied us to meet the baobab collectors. He navigates us safely through the difficult passages of the road. The journey is long, and so I take the opportunity to ask him if he is prepared to share a baobab story with me. 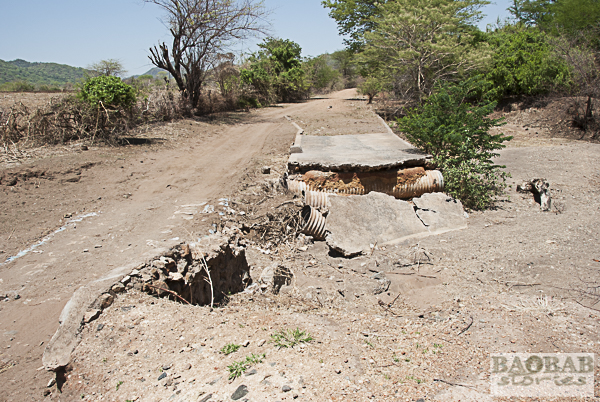 21 years ago, he saw a huge Baobab in the Chiredzi region in Zimbabwe. With age baobabs develop a tendency to get hollow from inside. This instance was helped along by a man who enlarged the cave manually. For him it was not just a shelter – he had set up an entire house and lived in the old Baobab tree.

I had often heard of such houses in hollowed out baobabs in Zimbabwe but for the first time I meet somebody who has actually witnessed a person doing so. 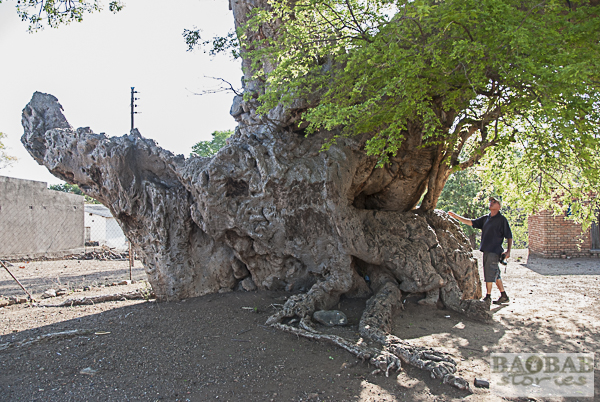 The baobab line in Karoi

But Ray has more stories in store. In the province of Mashonaland West around the area of Karoi baobabs grow in an unusual line. There is a particularly sad story people tell about the trees. They stem from a time when the route next to the baobabs was used either for slave trade or the transportation of copper.

The copper comes from the mines of the Copperbelt in Zambia. Transporting copper was exhausting and to keep the slaves strong they were probably given baobab fruit to eat. Therefore it is very likely that the slaves dropped the seeds. The latter germinated and grew along a clearly visible line.

At the same baobab route, copper crosses were found. People suspected that deceased slaves were buried there because they could not be carried by the others. A more optimistic view explains that some slaves might have escaped their fate and simply buried the crosses to rid themselves of weight. Anyway – baobabs and copper crosses both seem to be connected with the copper trade. The story of the extraordinary baobab line has not yet been fully explored. 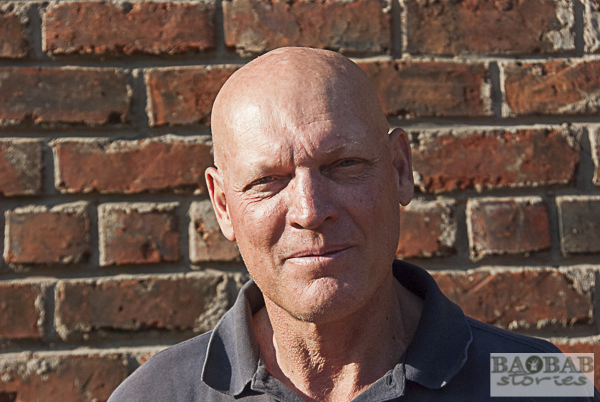 During our conversation it turns out that I am not the only fan of baobabs cultivating them at home. Ray has baobabs in his home garden, which is rather unusual for Harare. The city resides at 1,490 meters above sea level and the Zimbabwean winter comes with occasional frosts. Baobabs do not like freezing temperatures at all.

Ray has a good explanation – his wife has planted the baobab in 1991. She chose the site well because it has never been affected by frost. The rest of the garden is situated in the freezing range – but not the baobab.

The tree benefited from the water that was used in the garden for the other plants. It has developed well. Ray says they are waiting for it to flower which it has not done yet – but with 25 years it is still young.

Ray does not only have the big baobab in his garden – he grows five bonsai baobabs on his terrace. Unlike my baobabs on the balcony, they enjoy the Harare sun all year outside. My baobabs have to be indoors at temperatures below 15 ° C.

One Reply to “Baobab, Copper and Slaves in Zimbabwe”