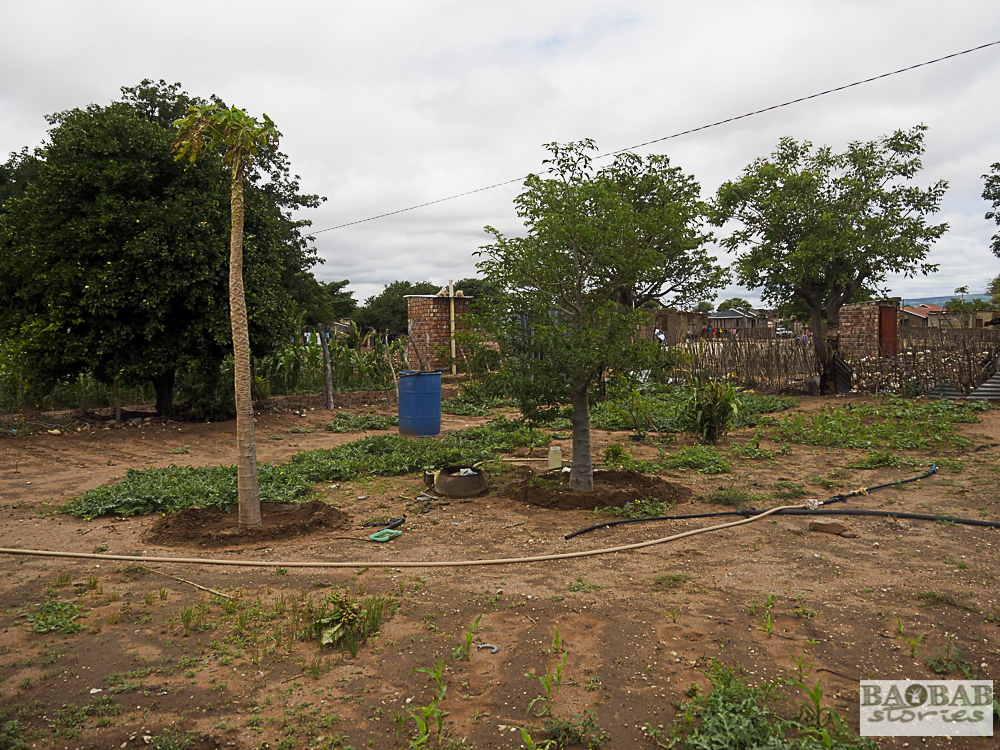 Under a sky densely covered with clouds I navigate our vehicle through deep puddles of water that fill almost the entire road. If I didn’t know better, I would say we are driving through small lakes. Even the sandy subsoil seems to be saturated by the rains and only slowly absorbs the water. After visiting the baobab guardian Evelina Tshitete, who takes care of the small baobab I sponsor, we are on our way to the village of Muswodi Dipeni in the Limpopo Province in South Africa to have a look at Aaron’s baobab. 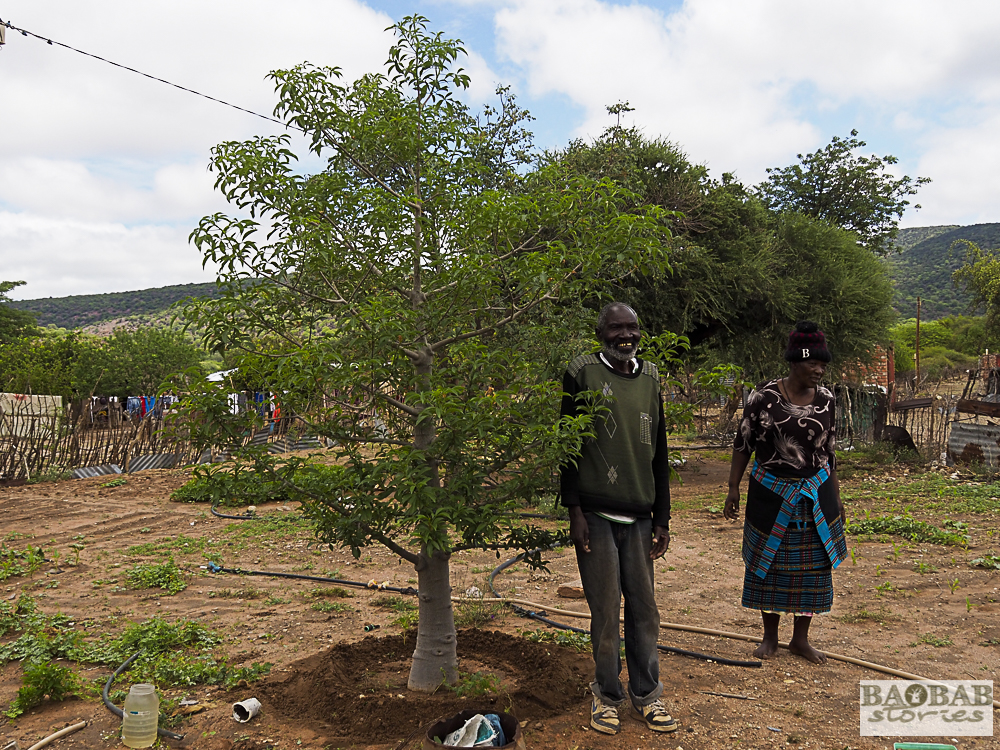 We stop at “famous” Annah’s house

First we visit the “famous” Annah Muvhali. She carries her nickname because she plays the leading role in a video about female baobab collectors and thus gained some fame in Limpopo. She welcomes us on the veranda of her stately house. After a short exchange of information about the current state of affairs she accompanies us together with her friend to the house of baobab guardian Aaron Nemutshenzheni. He is one of the few male baobab guardians who takes care of a small baobab seedling. He does this so lovingly and perfectly that the small tree is now the largest among the planted baobabs of the baobab guardians supported by the Baobab Foundation of South Africa. And the tree has made it to a good height – safe from browsing animals… 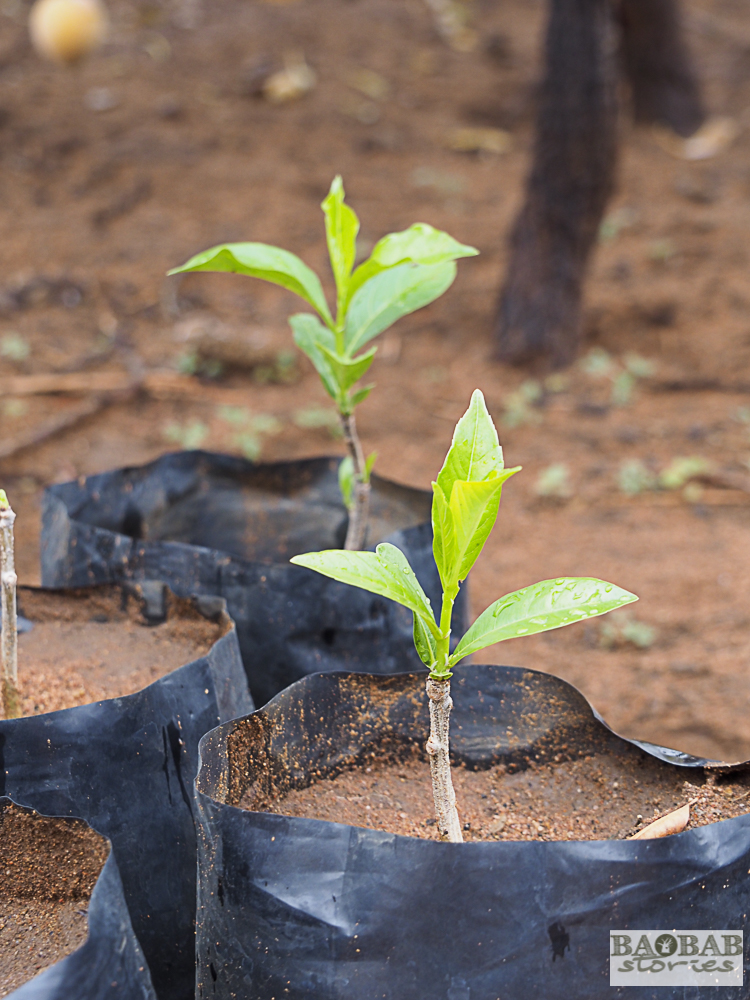 It has been growing in the vegetable garden since 2016 and measures over three metres in height. But what impresses me the most is the circumference of its trunk: it measures about 70 cm at the bottom. This means that it easily outshines all the other planted baobabs that I have seen. Aaron has taken good care of his tree. It grows in good soil, surrounded by melons and other vegetables, which are now growing abundantly after the heavy rain. What has he done differently from all the other Baobab guardians? 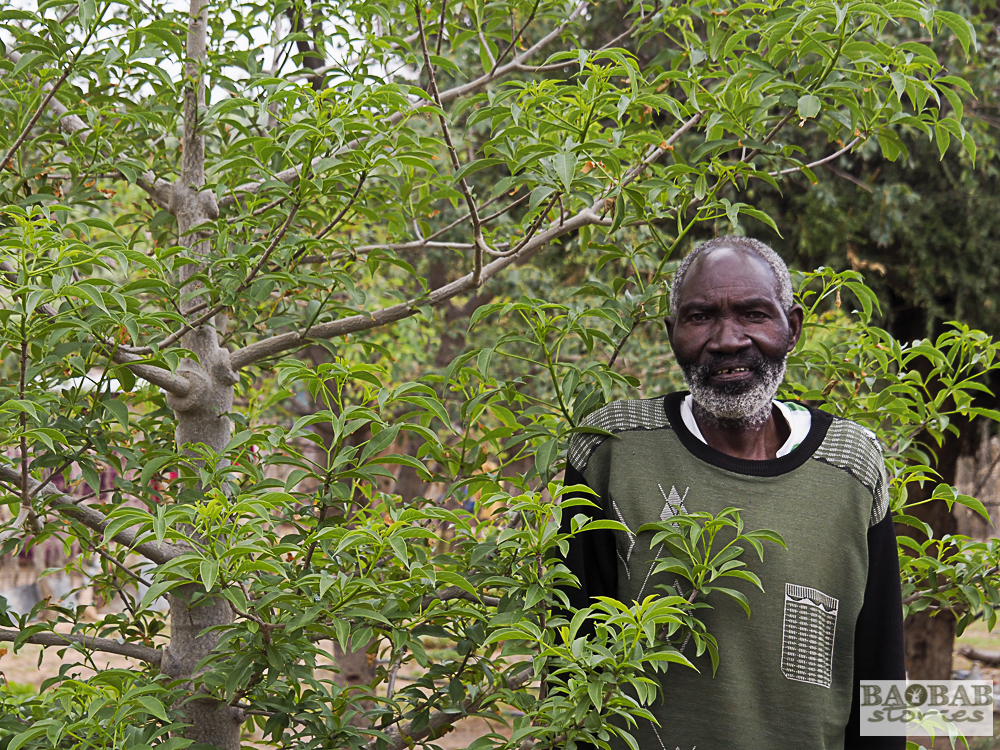 He probably watered the tree extensively throughout the year. This has helped the baobab to put a lot of energy into the increase in height. He protected the tree well from browsing goats, chickens and cattle, which roam the villages day after day in search of green delicacies. They particularly favour the leaves from baobabs. In one of the villages, I saw leaves and small branches of thereof scattered as food on the ground in a home garden. Goats and chickens greedily pounced on the green, nutritious treats.