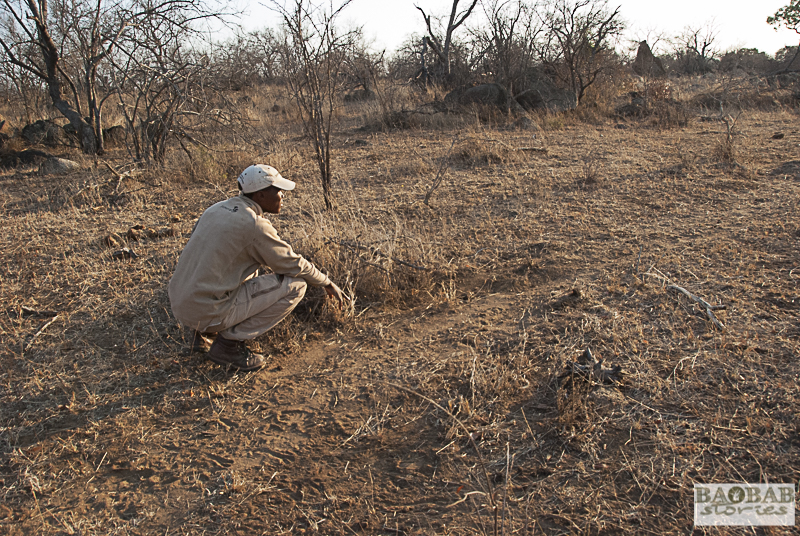 The sun has barely started to climb the horizon and spreads a reddish glow as we are on our way. Tracker Norman Chauke and I are trying to follow a white rhino. The footprints of the animal are fresh and it has no clue that we are on its heels. We are near, one of the four camps of his employer EcoTraining in the north of South Africa. While the young instructor is busy tracking – an activity he likes best – I cannot help but ask him about his experiences with baobabs – although we do not see any in the area where we are at the moment. 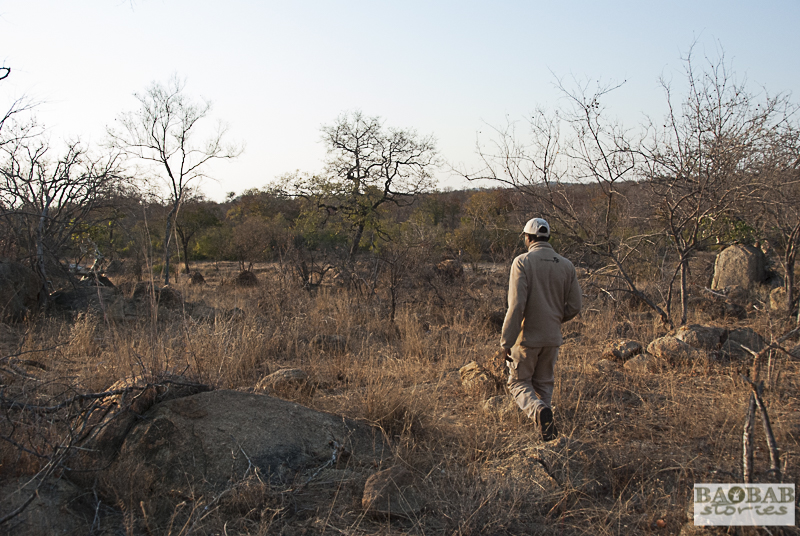 “As children”, he says, “We used to harvest the leaves of baobabs and eat them as spinach”. He liked to drink the fruit powder. For that he took it out of the hard fruit shell and put it in a glass. Then he stirred until the powder dissolved and he was able to fish out the seeds. “The result was a sort of porridge which tasted very good – I liked it.” Many years ago, people in his home village of Makuleke also used the bark of baobabs. They cut out large pieces and dried them, then used the material as mats. 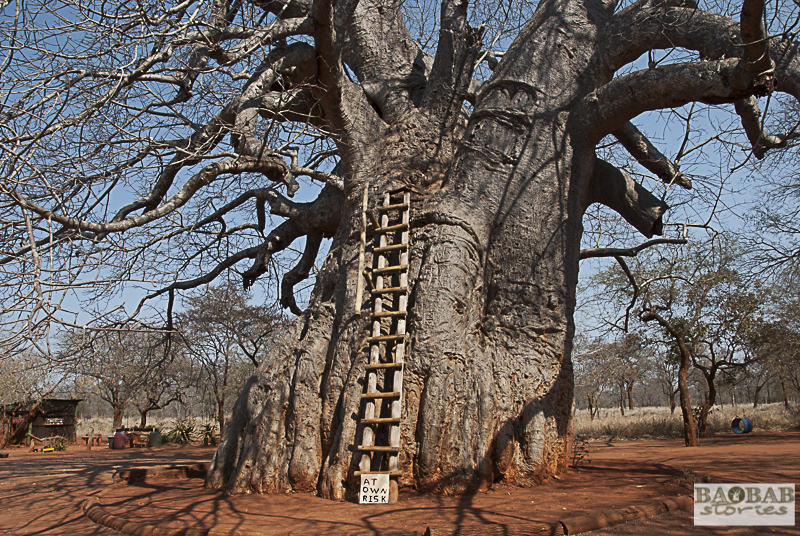 As a child he did not only enjoy the culinary side of baobabs. Their sheer size and distinctive shapes were an irresistible invitation to climb from a child’s perspective. He often climbed the giants and had a lot of fun doing so. But he also remembers that it was not easy with the baobabs. Everything with the trees is huge – not just the trunks but the branches as well. That sometimes makes it difficult to hold on to them and the bark was a bit slippery, too. So, like almost every kid, he was told not to climb the trees by his parents. 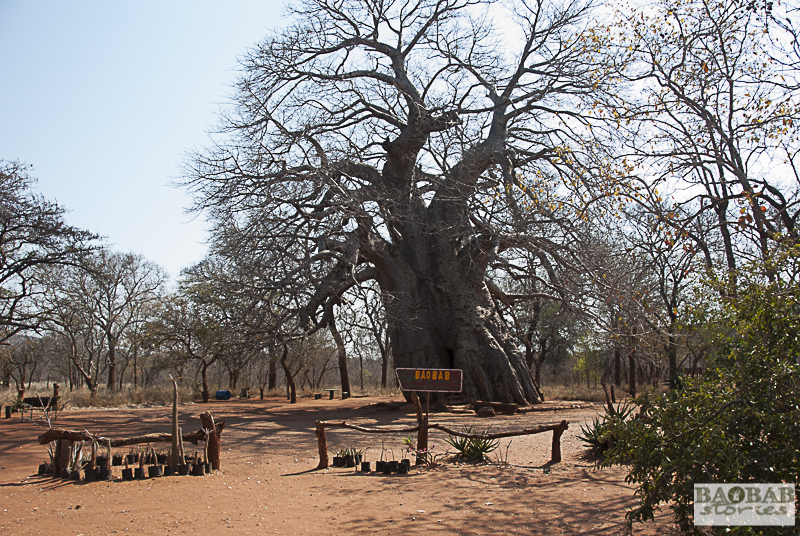 Norman is particularly fond of a story about the flowers of the baobabs: “In the culture of the ‘Bushmen’ there is a saying – if you like someone special, you should pick the flower of a baobab and give it to that person.” Other African cultures tend to talk of the opposite: they warn that you are likely to get eaten by a lion or alternatively by a crocodile, if you pick the flower. Norman’s conclusion: if you take the risk and pick the flower, you should be sure that the person you picked it for is well worth the risk and effort. The rest of the life with that person could be quite short and who wants to be eaten by a lion for someone who is not worth it?

The EcoTraining instructor recalls another Baobab story from the “Bushmen”. It says that baobabs exist only in their big, full-grown form – and some even go as far as to say that they are dropped from heaven. This is probably due to the fact that small baobabs look quite different from their grown up relatives. They develop their typical, unmistakable and easily identifiable forms only once they are quite old. 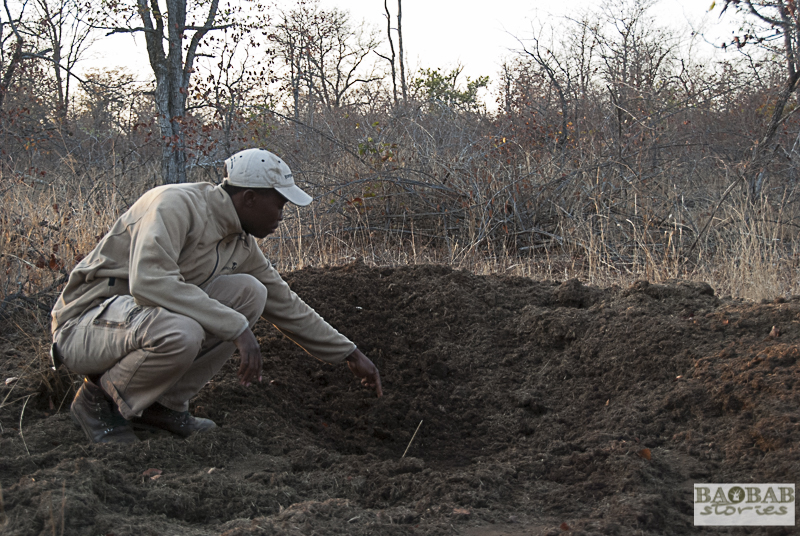 He shares a third story of the “Bushmen” with me: When God created the plants, he gave all the animals seeds as they should plant the trees. The baobab seed was the last to be distributed and landed with a spotted hyena. The latter made no special effort and threw the seed down to the ground where it landed upside down. That’s why the treetops look like roots stretching into the sky. This can be seen particularly well in winter, when the trees do not wear foliage. 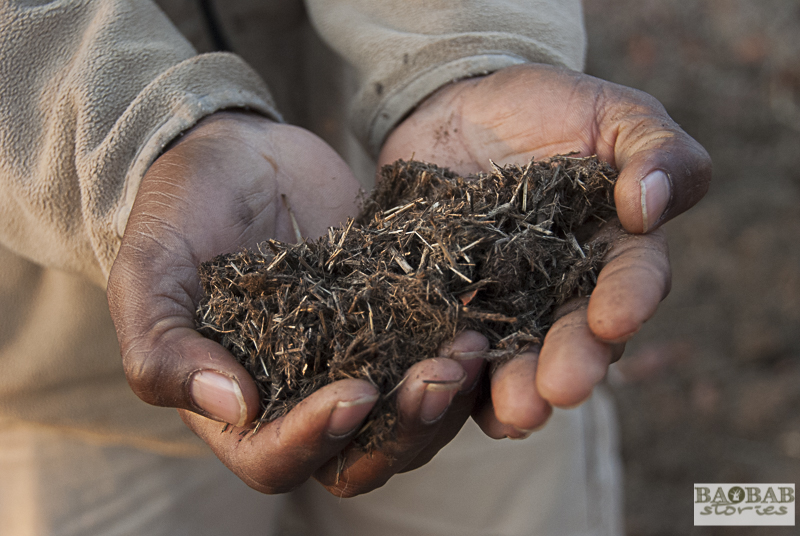 Our journey together comes to an end and all we got to see from the rhino that morning was big heaps of fresh dung – the animal hid too well in the confusing terrain. Instead I witnessed how Norman perfectly mimicked the voice of a Pearly Spotted Owlet. The animal sat above us in a tree and actually answered Norman’s calls. I am still deeply impressed. 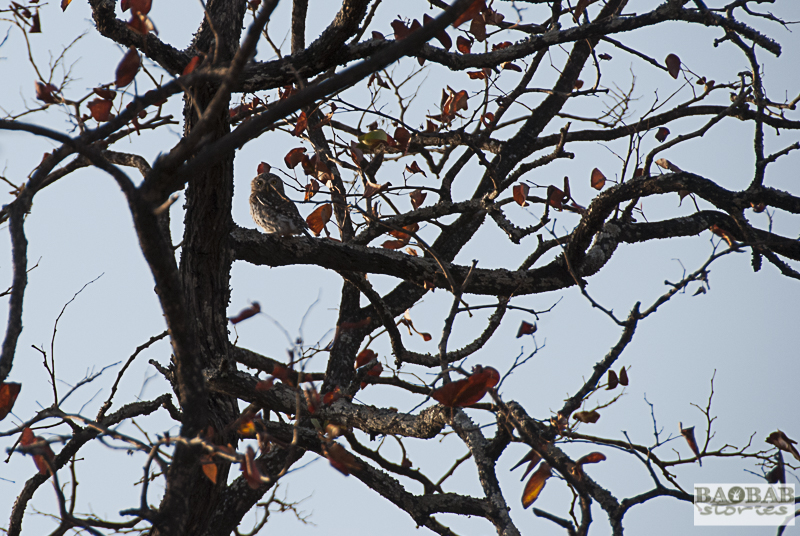