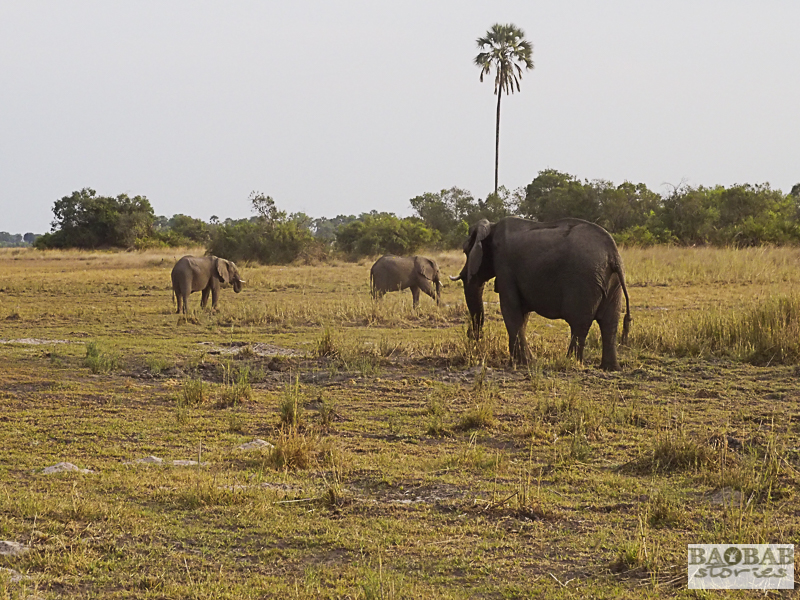 The Kavango-Zambezi Transfrontier Conservation Area (KAZA TFCA) is a vast sanctuary covering more than 500,000 km². It expands over five national borders in southern Africa. As luck would have it, this fascinating and diverse area hosts spectacular wildlife and is the home of ancient baobabs. 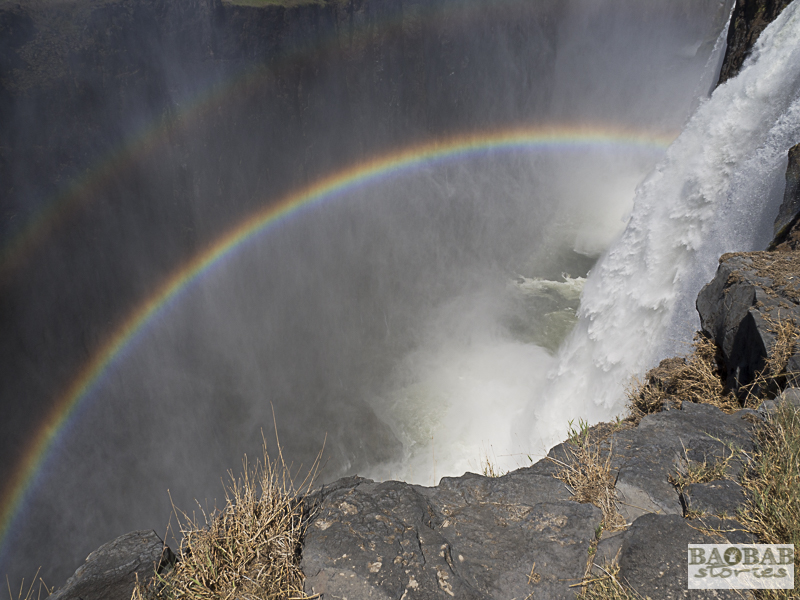 A remarkably old and sprawling big baobab grows at the “hub” of the region: Victoria Falls, where many tourists start their adventure. The tree has survived hundreds of years and would certainly have exciting stories in store if it could tell them. I visited the tree in 1997 for the first time. 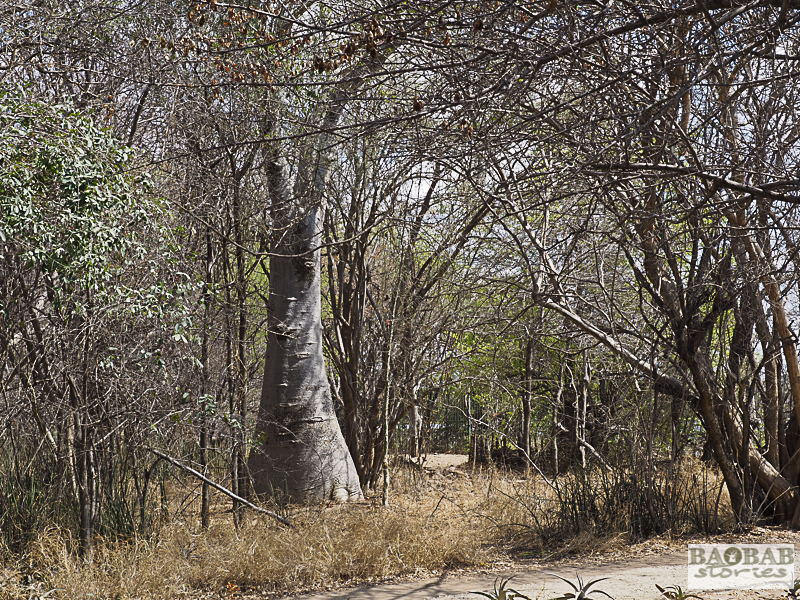 Baobabs at the Victoria Falls

More baobabs – but much smaller – grow in the park around the Victoria Falls. On the Zambian side the giants thrive, too, particularly along the Zambezi. Crossing the Zambezi with the Kazungula ferry takes one into Botswana and to Kasane.

Kasane lies on the fringe of the Chobe National Park and does not only host the headquarters of KAZA but also a baobab tree with a special history. It still grows in an extraordinary place: directly in front of the police building. Is there a connection? Yes, certainly: The tree is old and hollow inside and has been used as a prison cell long before people even thought of building a police station. Although the tree is quite spacious it could not cater for a growing demand of space. Therefore a concrete building was set up right behind the tree. 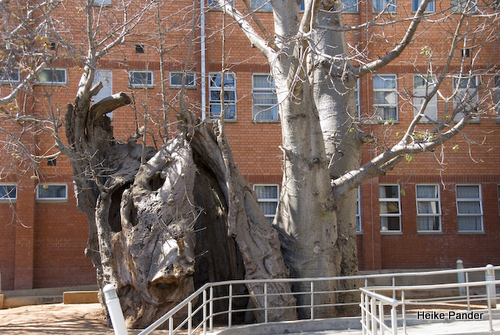 Not far from Kasane on the Namibian side in a town called Katimo Mulilo, grows another spectacular specimen. A working flushing toilet was installed in it long ago. Today it is mainly used as a tourist attraction. During harvesting time one can find the fruit at the market of Katima Mulilo. In the past, not only the fruit were traderd. On offer were ropes from the bark of the trees. These were quite durable and strong. Today, most ropes are still handmade but manufactured from synthetic fibers of grain bags. 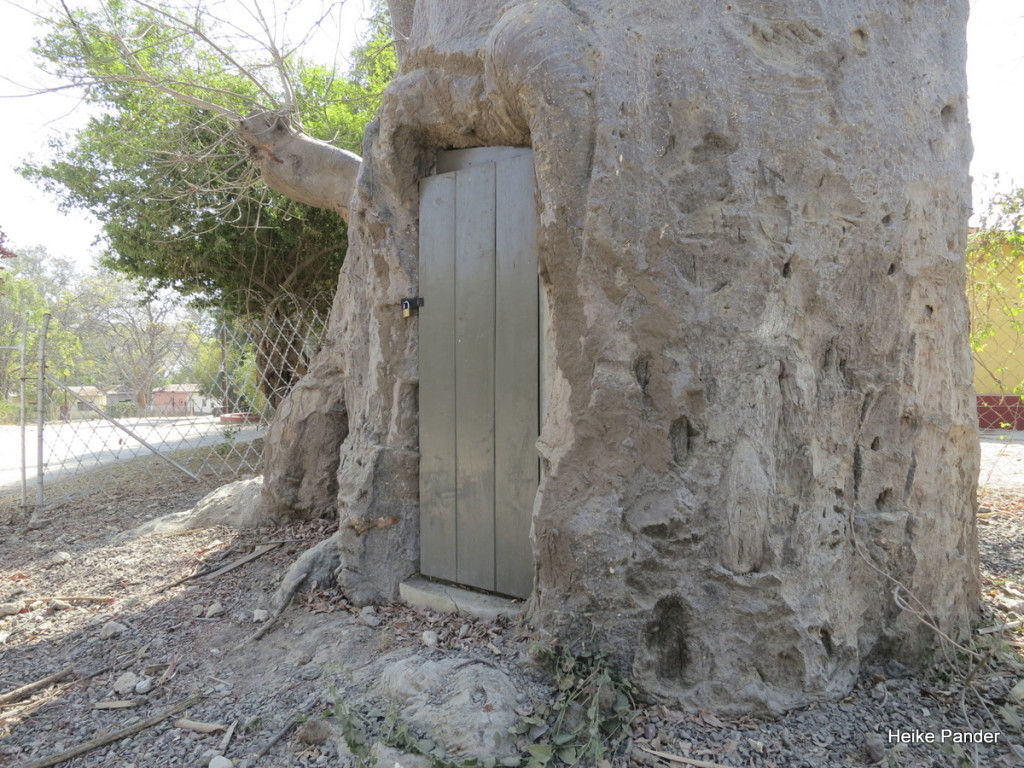 About half way on the road from Katima Mulilo to Rundu there is a turn to the left towards Namushasha. There at the little heritage site grows a remarkable baobab twin. Presumably, those two trees germinated from seeds close to each other. Baobabs prefer to grow with some space around them. The two seem to express this very clearly, because the only thing they have in common is their location. Otherwise, they grow in opposite directions, as far apart from each other as possible. The heritage site explains about the life of the people in the region which is close to Bwabwata National Park with its large elephant herds and waterways through the reeds. 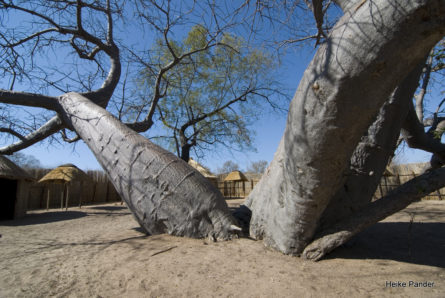 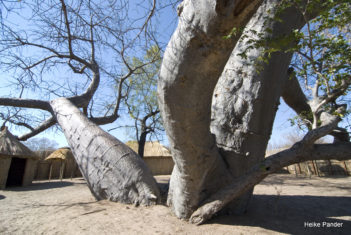 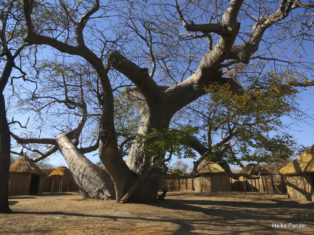 The trees at Tsodilo Hills in Botswana grow near the entrance to the UNESCO World Heritage Site. They sit like guards on the grounds, close to some houses. More baobabs grow inside the compound of the heritage sites of Tsodilo Hills. They show signs and markings carved into the bark. The majority of them most likely comes from visitors. The San who originally lived in the area left their messages preferably on rocks. These rock paintings, especially the two rhinos, have made the area famous. 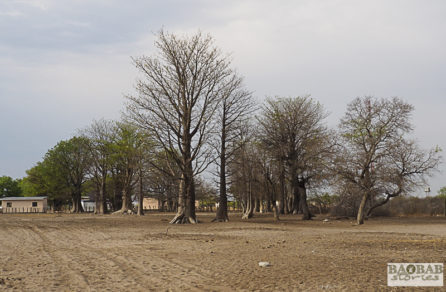 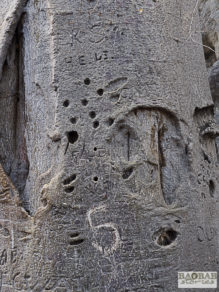 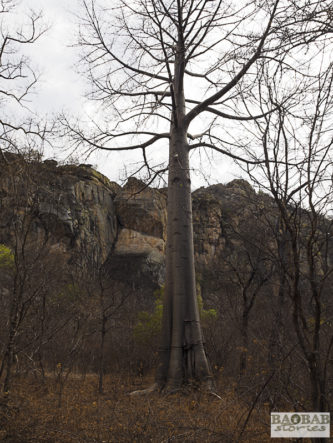 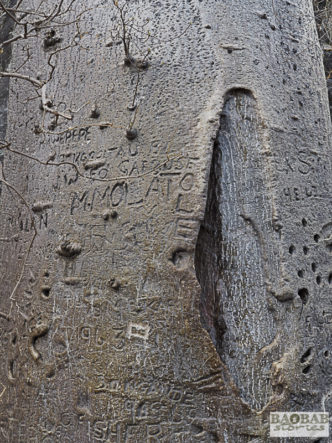 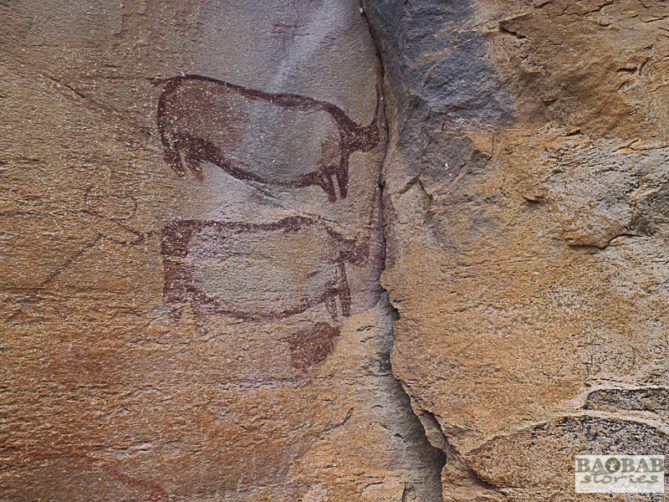 Baobabs in the Makgadikgadi

Spektacular baobabs have grown in the Makgadikgadi for hundrets of years – for example at Lekhubu Island. They grow on meagre soils in the middle of the hot and dry salt pans. Striking in a similar way are the Baines Baobabs and another specimen called “Green’s Baobab” named after the Explorer Green. All these beautiful trees grow in Botswana. 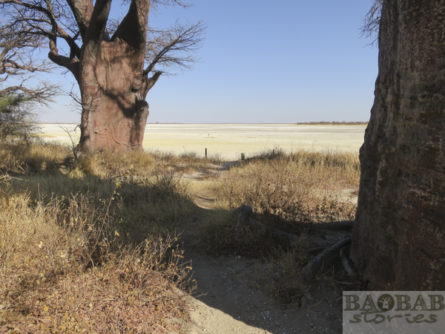 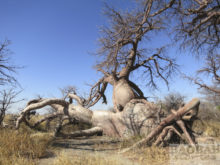 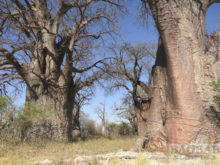 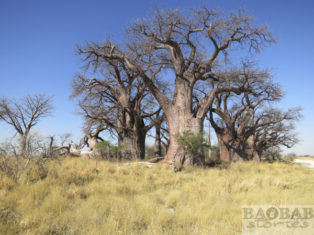 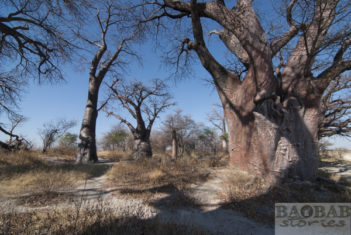 The diverse landscape of the KAZA TFCA with its variety of fauna and flora is fascinating. In addition to Victoria Falls and Tsodilo Hills other spectacular places like the Okavango Delta, Chobe, Bwabwata, Hwange and other parks are also part of the protected area. Angola, Botswana, Namibia, Zambia and Zimbabwe cooperate across their national borders in order to protect nature in this huge area. The concept includes that the protected areas are reconnected via corridors. This allows animals, especially elephants and other herbivores to reach fresh pastures through traditional migration routes. This is especially important when food is scarce. The ancient routes are an important aspect of the protection concept. 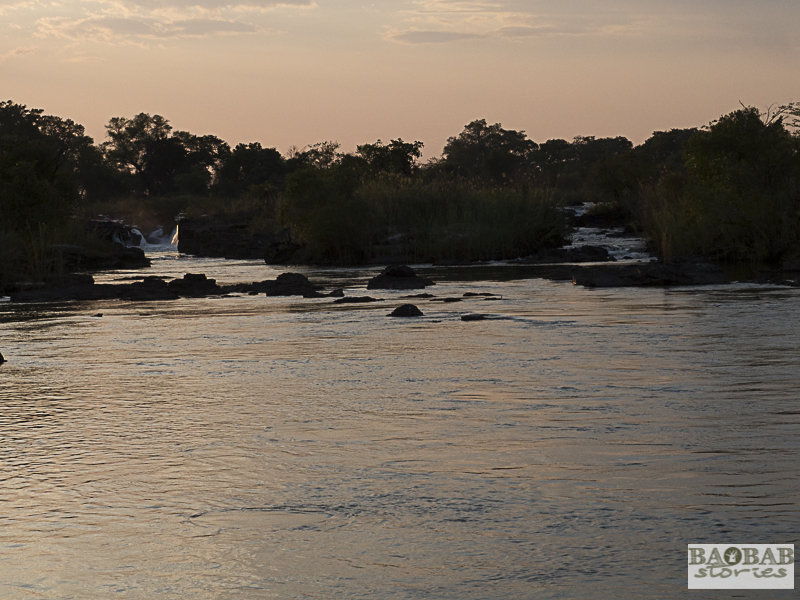 But people living in the KAZA TFCA should also benefit from nature conservation. First of all through tourism, which is promoted in the TFCA. And second through agricultural programs, which proclaim environmentally sound agriculture. It aims to improve the nutritional situation of the population, provides hotels and lodges with organic food and helps to minimize human-wildlife conflicts. In the long run, this will not only contribute to the protection of endangered species, but also to the preservation of majestic old baobabs.